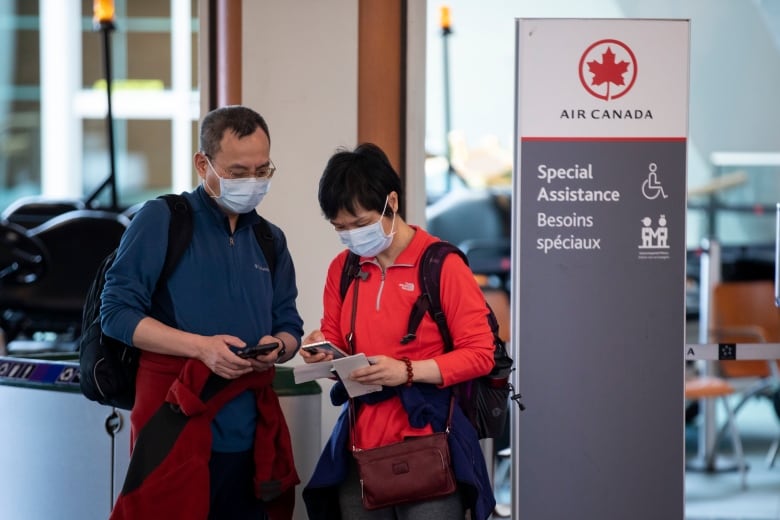 Air Canada says it will cut 1,700 jobs as it cuts operations in response to a new wave of lockdown restrictions from COVID-19.

“We regret the impact that these difficult decisions will have on our employees who have worked very hard during the pandemic to care for our customers, as well as on the affected communities,” said Lucie Guillemette, Executive Vice President and Chief Commercial Officer from Air Canada. in a report.

Guillemette said increased travel restrictions imposed by the federal and provincial governments had an immediate impact on the company’s bookings.

“While this is not the news we were hoping to announce at the start of the year, we are nonetheless encouraged that Health Canada has already approved two vaccines and the Government of Canada expects the vast majority to of eligible Canadians will be vaccinated by September, “says Guillemette.

“We look forward to seeing our business get back to normal and bring back some of our more than 20,000 employees who are currently on leave and laid off.

Air Canada notified airports in Atlantic Canada this week that it will cut additional routes in the area, suspending all flights to Gander, NL, Goose Bay, NL and Fredericton until further notice. He also said he was suspending passenger service to Yellowknife on January 23.

The airline said it was reaching out to affected customers to offer options such as refunds or alternative travel arrangements.

The cuts come just days after Air Canada’s latest round of service cuts to Atlantic Canada took effect on January 11.

Monette Pasher, executive director of the Atlantic Canada Airports Association, said in a statement that the repercussions of service cuts would be felt for years to communities across the region.

“We can’t just flip a switch to reactivate air service when we get to the other side of this pandemic,” Pasher said. “We are going to have a long and difficult road ahead of us to rebuild air access for our region.”

Carriers have struggled with declining demand and passenger confusion following the introduction on January 7 of new Canadian rules requiring travelers to test negative for the novel coronavirus before boarding the aircraft. ‘a plane bound for the country.

Private company WestJet Airlines said last week it would cut capacity, with schedule reductions that would result in time off, layoffs, unpaid time off or reduced hours for about 1,000 employees.

The federal government is “disappointed with airlines’ decisions to cancel more regional routes,” a spokesperson said by email.

“COVID-19 has led to an unprecedented situation in the aviation industry,” said Allison St-Jean, press secretary to new Minister of Transport Omar Alghabra. “We are fully cognizant of how severely the airline industry has been affected by COVID-19, and we are committed to providing assistance to the Canadian airline industry.”