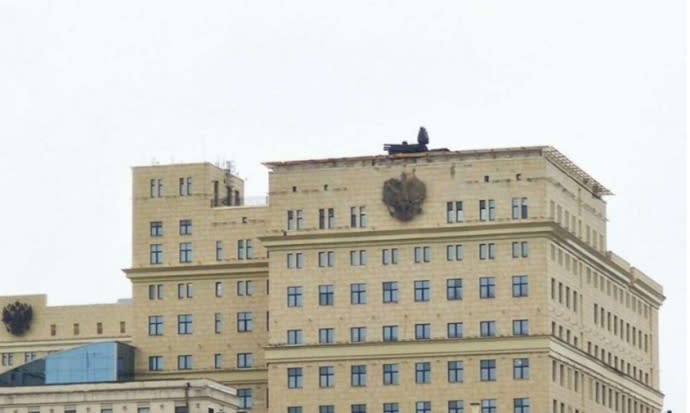 An air defense system has been installed 10 kilometers from the residence of Russian President Vladimir Putin in Moscow.

Details: The author of the video reports that the video was shot on January 6 near the village of Zarechye, in the Odintsovo district of Moscow. The residence of Vladimir Putin in Novo-Ogaryovo is located 10 kilometers from the location of the air defense.

According to the author of the video, he discovered the installation through a loud noise. According to preliminary information, this is a Pantsir-S1 anti-aircraft missile system.

Meduza reports that on the evening of January 19, photos and videos showing air defense systems on the roofs of buildings and premises in Moscow appeared on the Internet. In addition to the installation near Putin’s residence, at least five locations with air defense systems are known.

ALSO READ  What is the UK's plan to send asylum seekers to Rwanda?

Several videos and photos have emerged of Pantsir-S1 systems installed on the roofs of several buildings in the Russian capital.

Russian Telegram channels and Western OSINT analysts shared photos of the building of the Russian Ministry of Defense on Frunzenskaya embankment, where Pantsir-S1 is said to be installed.

In addition, photos have emerged online of S-400 anti-aircraft missile systems installed near the Losiny Ostrov (Elk Island) National Park and in the fields of the Timiryazev Agricultural Academy in Moscow.