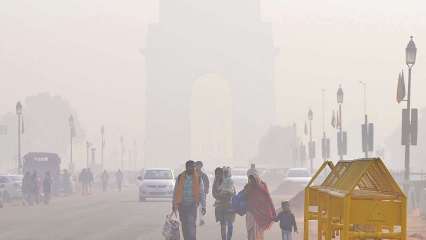 The Supreme Court has reimposed the ban on construction activities in the city and neighboring areas, which could add to the already polluted air in the nation’s capital. Apart from this, the Supreme Court also ordered the Delhi government to compensate the construction workers for this period.

In the order, the Supreme Court said: “In the meantime, as an interim measure and until further notice, we re-impose the ban on construction activities in the NCR subject to the following two conditions: Activities not construction-related pollutants such as plumbing, interior decoration, electrical and carpentry work are allowed to continue.

Pursuant to the Supreme Court’s order, the Delhi government subsequently announced compensation of 5,000 rupees for construction workers who will be affected by the ban imposed in the city, in order to control rising levels. pollution.

In the announcement, Delhi Chief Minister Arvind Kejriwal said: “Today I have ordered the deposit of 5,000 rupees each into the bank accounts of construction workers for a ban. construction activities due to air pollution.

The chief minister added that the Delhi government will also pay workers compensation for their loss based on their minimum wage. So far, no date has been released for the lifting of the building ban in Delhi and the neighboring districts of Haryana, Uttar Pradesh and Punjab.

ALSO READ  Former Mumbai cop Param Bir Singh is in India and not running away: lawyer

Previously, the Delhi government had taken several measures to control pollution levels in the nation’s capital, including deploying sprinkler machines on the streets and promoting the use of public transport by residents for general activities. Schools and colleges in the city have also been closed due to deteriorating air quality in Delhi NCR.