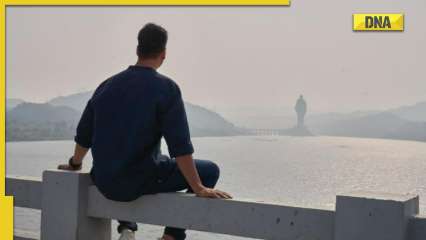 On Sunday, November 13, Akshay Kumar shared his photo of the Statue of Unity, the world’s tallest statue of Indian freedom fighter Sardar Vallabhbhai Patel, from Gujarat. Akshay’s back can be seen looking at the tourist destination in the photo, which he captioned: “I am in Ekta Nagar, home of Statue of Unity, the world’s tallest statue. There is so much to do here in the lap of nature. here?”.

The superstar confirmed on Saturday that he is no longer part of the cult comedy series Hera Pheri starring Paresh Rawal and Suniel Shetty. It seems that the public has not been able to process the fact as some of his fans turned to the comment section and asked the actor to return to Hera Pheri 3.

Another comment read: “I don’t feel well, it’s kind of a pain in my heart after hearing the news that you’re not doing Hera Pheri 3. I often watch the movie because you are the only reason. Sir, now you ‘ when you say you don’t do Hera Pheri, it’s heartbreaking that you’re my one and only favorite actor from childhood to now and forever.”

ALSO READ  Fatima Sana Shaikh talks about her epilepsy, reveals that she has seizures during the flight

For the inexperienced, Paresh Rawal has confirmed that Kartik Aaryan will be part of Hera Pheri 3. Kartik replaced Akshay in the horror comedy Bhool Bhulaiyaa 2 earlier this year. blockbuster that earned more than Rs 250 crore at the worldwide box office.

Taiwan’s ‘Goddamned Asura’ was created by “constantly having this conversation about who’s right and who’s wrong,” says Duo – Contenders International