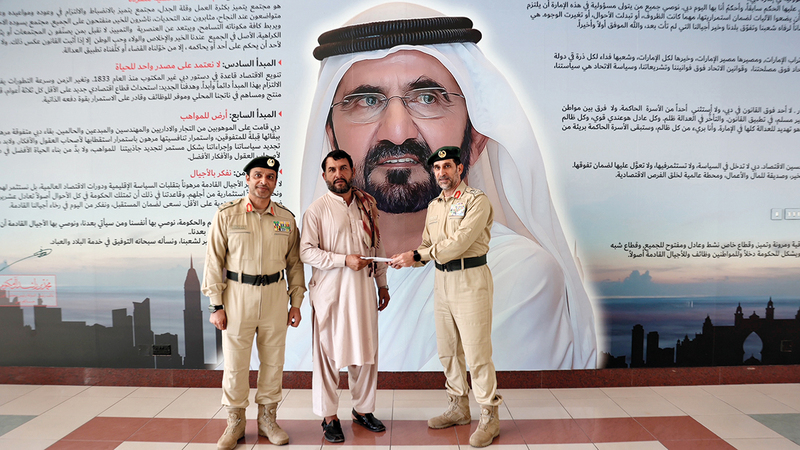 The Commander-in-Chief of Dubai Police, Lieutenant General Abdullah Khalifa Al Marri, in the presence of the Director of the General Traffic Department, Major General Saif Muhair Al Mazrouei, honored Abbas Khan Bati Khan (Pakistani), in appreciation of his initiative to quickly regulate traffic and traffic at an intersection in the Emirate of Dubai, pending the presence of the competent police patrol. . Al-Marri’s honor to Abbas Khan came after the public circulated videos of him on social media applications, showing that he organized traffic at an intersection, which contributed to enhancing public safety for road users.

Al-Marri praised Abbas Khan’s efforts and good behavior, stressing that he contributed to conveying a civilized image through his sense of commitment and social responsibility, while the honoree expressed his happiness with this honor.