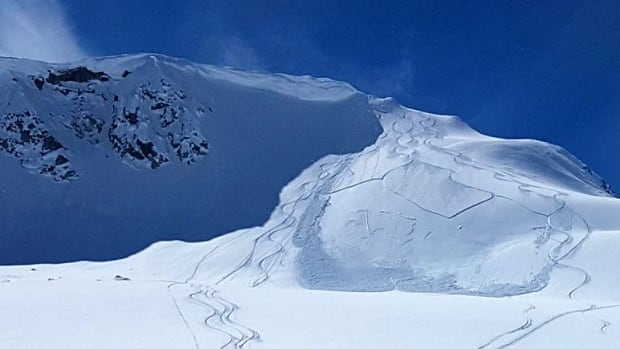 A man from Grande Prairie, Alberta, has died after being caught in an avalanche south of Valemount, BC, on Saturday, according to Avalanche Canada and RCMP.

RCMP said two people, a driver and a passenger, were riding one snowmobile together. Avalanche Canada said they were located in what is known as Bowl 3 in the Allen Oasis Recreation Area, a managed snowmobile area near Valemount, located in east central BC and about three hours southeast of Prince George.

Authorities said one person was able to drive away from the remotely triggered avalanche, but the other was buried in snow and avalanche debris. The survivor found the buried person, but found them unresponsive.

ALSO READ  Ice cover on Lake Superior is less than 5% in mid-January. According to researchers, this is the new normal TBEN news

“Fortunately, the driver was not hit by the avalanche and tried to resuscitate the passenger. However, the passenger succumbed to his injuries,” said Cpl. Alex Berube with the RCMP.

Remotely triggered avalanches are avalanches that occur at a distance from the point where they are triggered. They happen when a plate breaks the weak layer below it, but doesn’t trigger an avalanche at the site of the break, according to Avalanche Canada.

Bérubé says the individuals were about 100 meters apart at the time of the avalanche.

🧵We are hearing reports of a serious avalanche accident in the Oasis snowmobile area and further reports of numerous large man-made and remote-induced avalanches in the mountains surrounding the Valemount region. This is a dangerous snowpack and..
📷 Allan Creek on Friday pic.twitter.com/1T2GDNfimK

RCMP received the call at 11:20 a.m. PT on Saturday and along with local search and rescue volunteers responded, but said the snowpack was too dangerous to recover the body.

They hoped to find the body next to Parks Canada on Sunday, weather permitting.

Bérubé said the BC Coroner’s Service has been notified and will take over the investigation.

Avalanche Canada spokesperson Lisa Perazzoli wrote in a statement to TBEN News that there have been several other reports of man-made avalanches in nearby areas.

Earlier this month, a second police officer caught in a backcountry avalanche near Kaslo, BC, died of his injuries, Nelson police said.

Const. Mathieu Nolet, 28, was skiing with his colleague Wade Tittemore on Jan. 9 in a mountain pass 60 kilometers north of Nelson when the two were swept off the mountain in a large avalanche. Tittemore, 43, died at the scene of injuries.

Earlier in January, the forecaster warned that BC’s snow cover this season is unusually weak and could be vulnerable to avalanches.