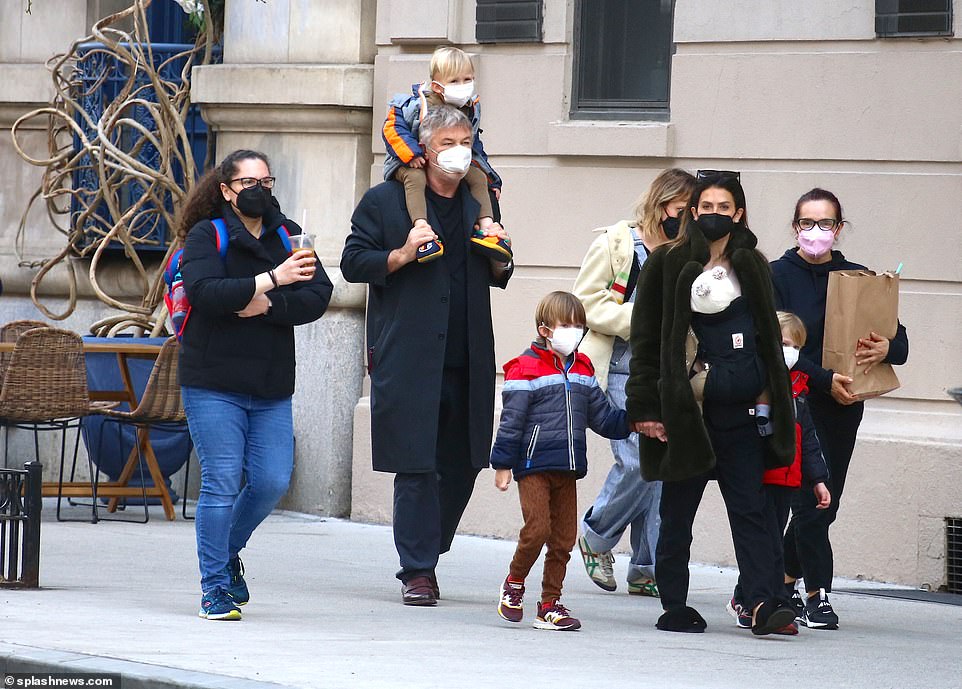 The Baldwin brood is going for a walk! Alec, 63, and his wife Hilaria, 37, have their hands full as they go out for a walk with four of their six children in New York City.

The Baldwin offspring was out in force in New York on Thursday, as Alec Baldwin and his wife Hillary “Hilaria” Thomas Baldwin took four of their six children for a walk in the city.

Alec, 63, and Hilaria, 37, certainly had their hands full with their little ones, although they appeared to be accompanied by a team of nannies and staff.

Meanwhile, Hilaria, a mother of six, kept her newborn baby close to her, believed to be daughter Lucia, born by surrogate after the birth of her son Eduardo Pau Lucas in September.

Their seven-year-old daughter Carmen Gabriela Baldwin is not pictured with the group, who were born in 2013.

While the couple have kept details of their daughter’s birth a secret, Hilaria hinted that they were not relying on sperm or egg donors for Lucia’s conception when she described the baby girl and her six-month-old brother Eduardo as being ‘almost like twins’ in an Instagram post.

“María Lucía Victoria and Eduardo Pau Lucas: our babies who bring light into our lives – almost like twins, we love you so much”, she wrote in the caption while sharing the image of the siblings lying next to each other.

It is not known exactly when Lucia was born or conceived, although it is likely that the surrogate became pregnant in mid-2020, after Hilaria announced that she was pregnant with her fifth child Eduardo. At the time, the couple already had a daughter, Carmen, seven, along with three other boys, Rafael, five, Leonardo, four, and Romeo, two.

In her Instagram post, Hilaria did not provide more information about surrogacy, although she did pay tribute to the ‘angels’ who helped deliver her newborn baby. 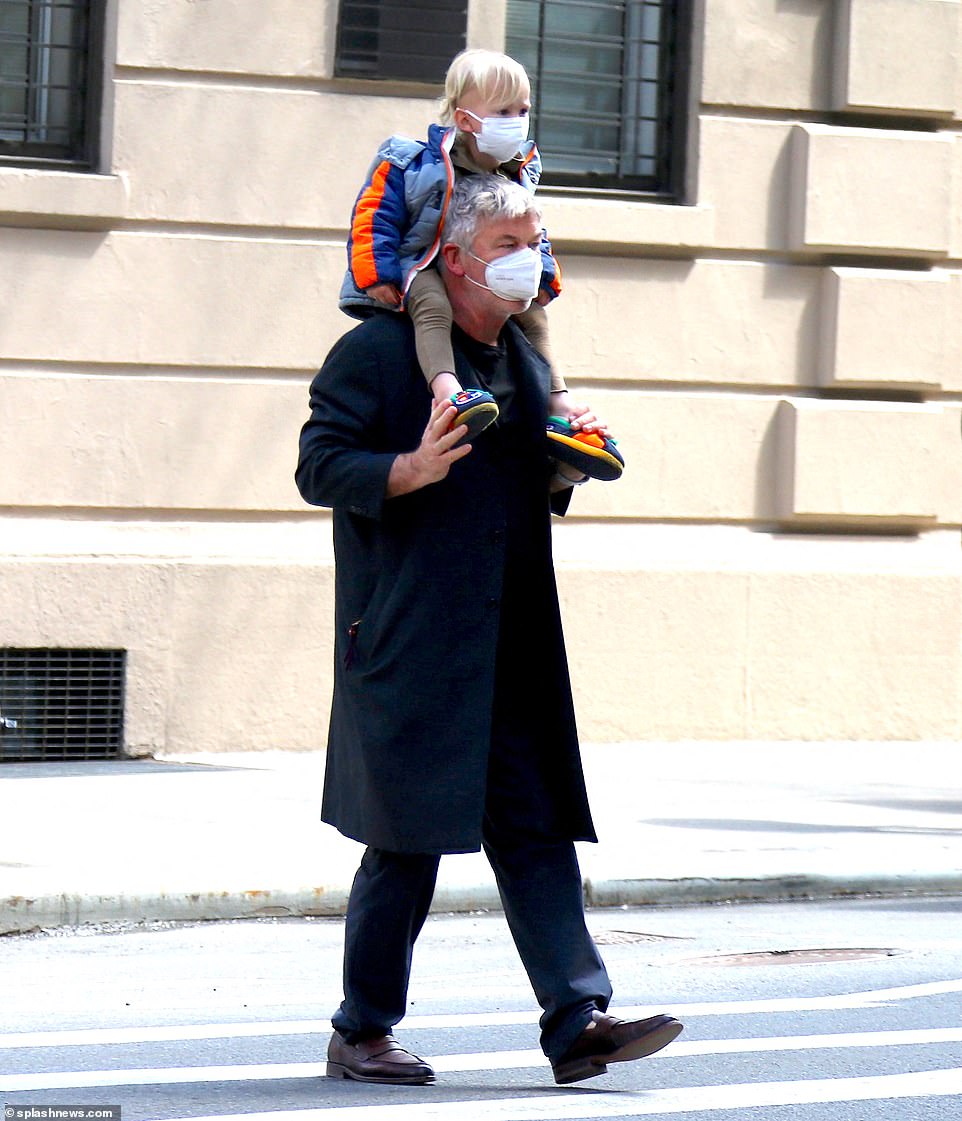 On daddy’s shoulders: Alec, 63, was pictured with his son Alejandro David, two, resting on him as he strolled through the city 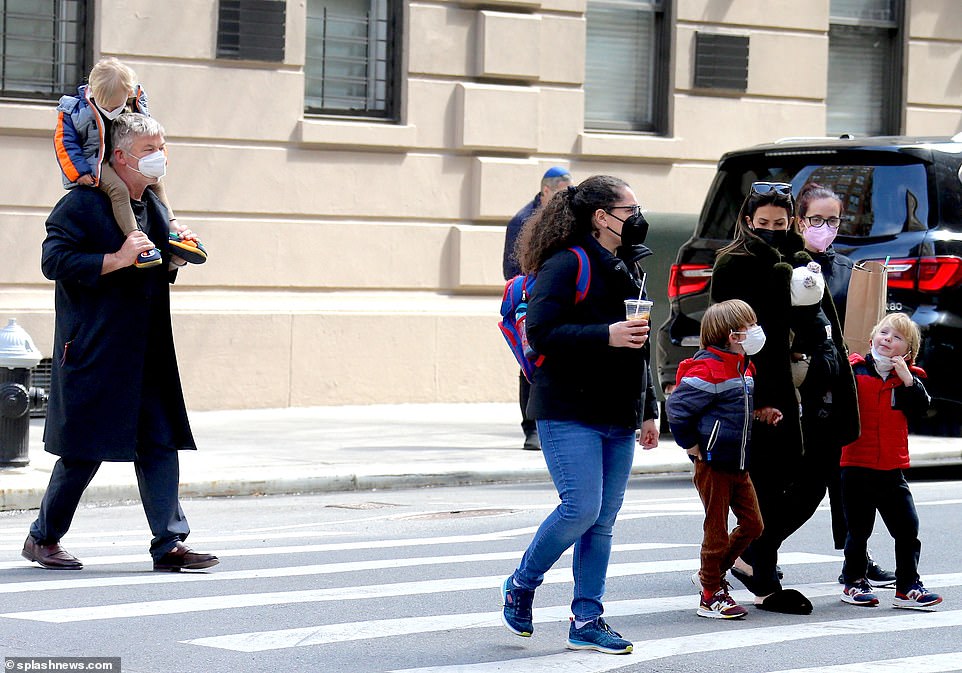 Bundles of joy: The Baldwin family were in full force with nearly all of their six children for a stroll around town, though the group is not pictured with their seven-year-old daughter Carmen Gabriela Baldwin, born in 2013. 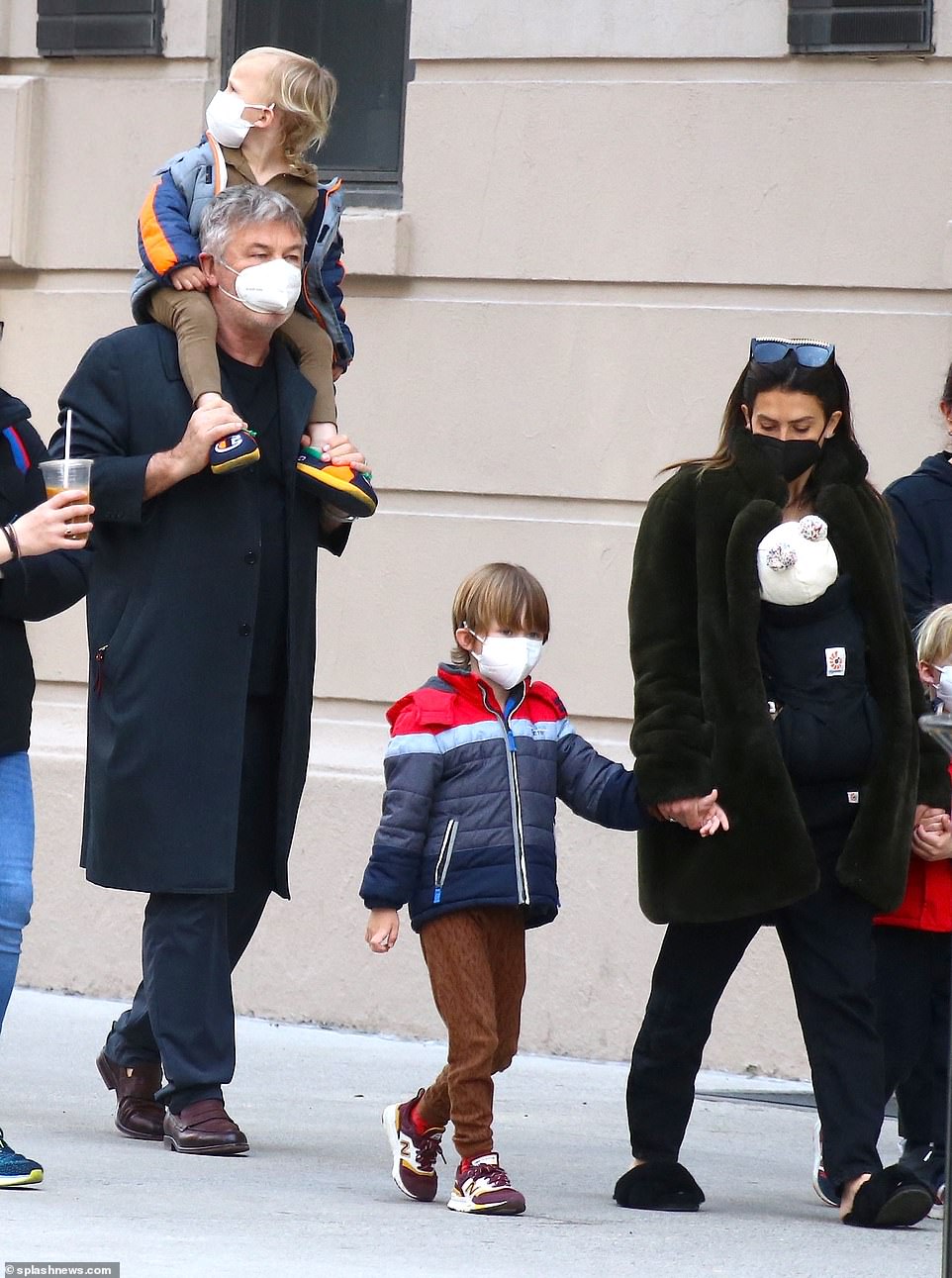 Safety precautions: The family were pictured wearing masks as they took safety measures against the spread of COVID-19 seriously, and Rafael, five, was seen holding his mum’s hand