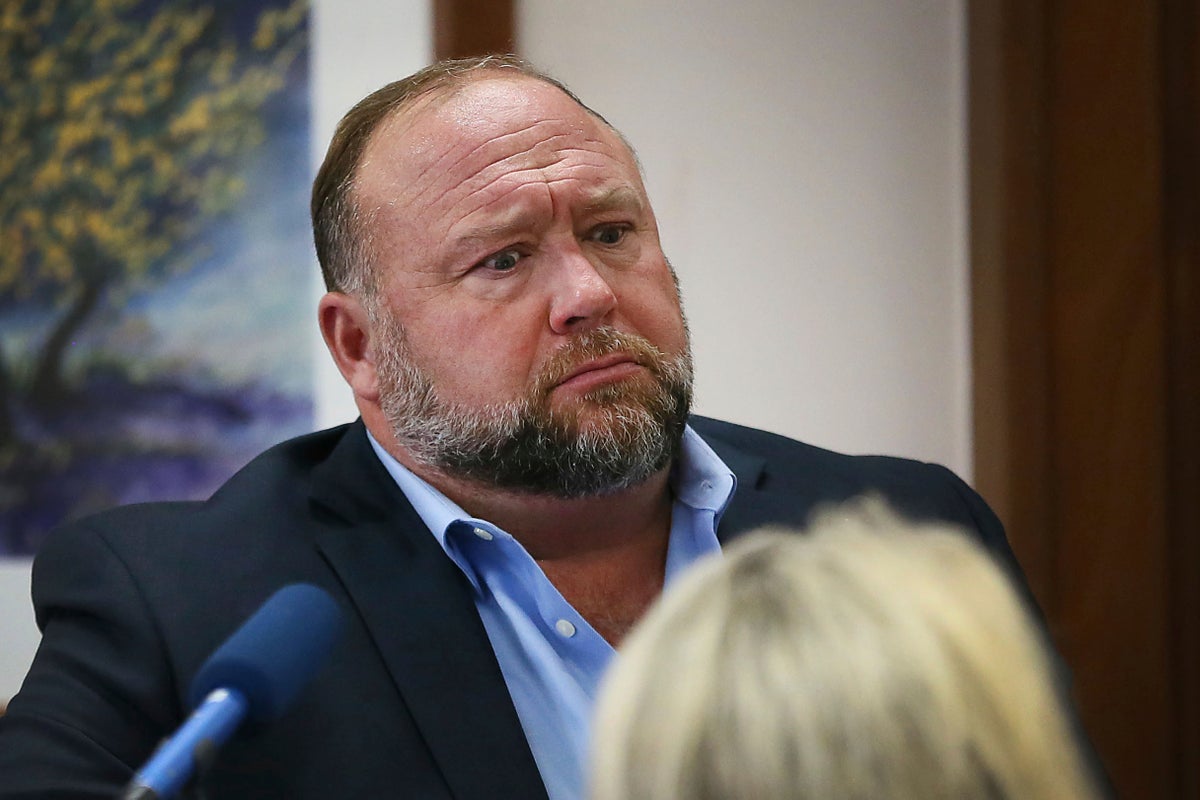 A Connecticut jury hears evidence to decide how much conservative radio host Alex Jones should pay the families of victims killed in the 2012 Sandy Hook Elementary School shooting after he continued to spread the conspiracy theory that the mass shooting that left 26 children and teachers left dead was a hoax.

Mr Jones will not be in the Waterbury courtroom on day one, but told his radio audience Monday night that he plans to travel to Connecticut next week for the trial, which is expected to include testimony from both him and the families of the victims. victims.

This is the second trial for Jones, who was ordered by a Texas jury last month to pay nearly $50 million to the parents of one of the murdered children.

There is a six-member jury and several deputies who will ultimately decide how much the conspiracy theorist should pay relatives of eight victims and an FBI agent who responded at the school.

Judge Barbara Bellis found Jones liable without trial last year after failing to hand over documents to the families’ lawyers.