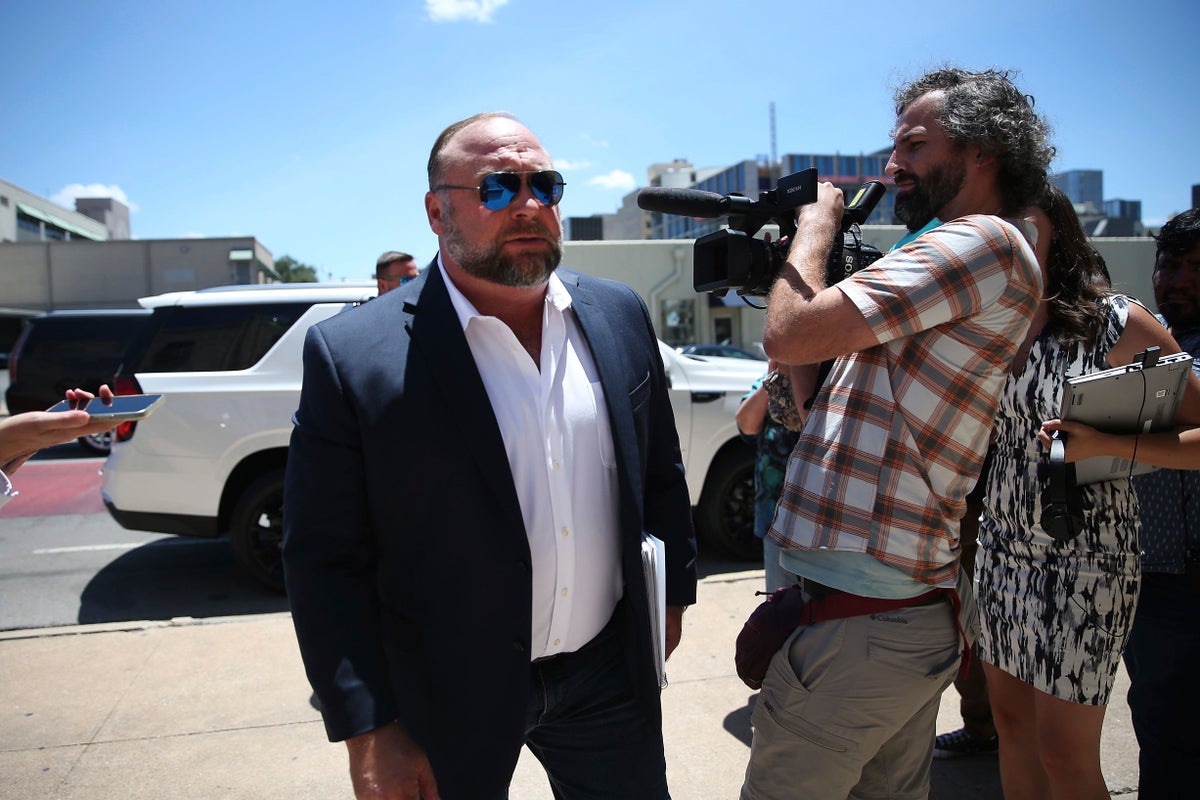 Right-wing conspiracy theorist Alex Jones has been ordered to pay $4.11 million (£3.38 million) in damages to the family of a Sandy Hook victim.

Neil Heslin and Scarlett Lewis, whose six-year-old son Jesse was one of 20 students and six adults killed in the mass shooting, have sued Jones and his media company over claims that the massacre was a “false flag” operation and that the victims didn’t really exist.

They had asked for $150 million in damages and a new trial to determine the punitive damages is now expected to take place on Friday.

At the heart of Alex Jones’s defamation case is a decade-long tragedy for the families who have lost young children and loved ones in one of the worst school massacres in US history.

What happened at Sandy Hook and how did Alex Jones get involved?

Despite the human cost that has haunted the town of Newtown, Connecticut, within hours of the bloodshed, Alex Jones falsely began to claim that despite all the evidence to the contrary, a massacre that stunned the watching world was not real.

While the families had to bury their small children in small coffins, Jones stated that the mass shooting and murder of 20 children never happened.

And he even claimed that the six- and seven-year-olds being mourned never existed.

The Infowars host told his audience that the violence was in fact a “false flag” operation set up by the government to enact stricter gun laws and take away Second Amendment rights.

He claimed the event was “staged” and “completely fake”, performed by “actors” as a “giant hoax”. His conspiracy theories began less than two hours after the mass shooting on December 14, 2012.

“A school shooting has been reported in Connecticut – one of the states that has draconian restrictions on gun ownership… The media will skip the daylight on this,” he told his listeners.

“Why do governments organize these things? To get our guns!”

And so he went on for the next decade, constantly claiming that the shooting was “staged” and “completely fake”, performed by “actors” as a “giant hoax”.

What Happened After Alex Jones Called Sandy Hook a “Hoax”?

The families who had their world destroyed by Adam Lanza had finally had enough.

In 2018, a total of 10 victims’ families filed four defamation lawsuits in Texas — where Infowars is based — and Connecticut against Mr. Jones and Infowars for his false claims.

And in 2021, in all defamation cases, judges ruled that Jones was guilty by default for failing to provide the required evidence.

Jones was due to testify under oath in March as part of an effort to settle the case, but his layers tried to delay it, claiming he was too “sick” to participate.

The circus then moved to Austin, Texas, where a Travis County jury was asked to decide how much Jones should pay Neil Heslin and Scarlett Lewis.

Their six-year-old son, Jesse, was one of 20 children and six adults slaughtered by the gunman.

What happened during the defamation process?

Jones avoided Mr. Heslin’s testimony, but was confronted directly in court by Ms. Lewis, who told the court that her son had rescued nine children before being shot in the head.

“Jesse was real,” Ms. Lewis told Jones as he sat in court in Travis County, Texas, as she testified on Tuesday. “I’m a real mother.”

She added: “I wanted to tell you to your face because I wanted you to know that I am a mother first and foremost. I know you’re a father,” Lewis told Jones.

“And my son existed. You’re still on your show, today, trying to say I’m – implying – I’m an actress. That I’m Deep State. You have. This week. And I don’t understand.

She went on to tell Jones that even he didn’t believe his own outrageous statements about the shooting.

“I’m not a deep state…I know you know that…I know you believe me, yet you’re going to leave this courtroom and say it one more time on your show,” she said. “Do you have the ability to be in my shoes? Do you have empathy?”

At one point, Ms. Lewis asked Jones if he really thought she was an actress.

“It is unbearable to have a six-year-old son shot in the forehead in his class. And to have someone perpetuate a lie on top of that that it was a fraud, that it didn’t happen, that it was a false flag, that I was an actress – do you think I’m an actress?”

“No, I don’t think you’re an actor,” he replied before the judge admonished him and told him to shut up.

What did Alex Jones say in his testimony?

During his own testimony, Jones promoted his supplement business while on the booth and boasted about the quality of the product he sold at Infowars.

He even told the jury that his company had made $165 million from supplements on the site.

At the beginning of his testimony, Jones apologized to the parents. “I never intentionally tried to hurt you, I didn’t even say your name until we got to court,” he said.

He was subsequently scolded by the judge in the case for telling the jury that he complied with evidence gathering at the trial, although he did not, and that he is bankrupt, which has not yet been decided.

“This is not your show,” Judge Maya Guerra Gamble told Jones. “Your beliefs don’t make something true. You are under oath.”

And during his testimony, he finally admitted that the massacre was “100 percent real.”

On the last day of the testimony, the Jones family’s attorney stunned that his own attorney had accidentally sent them two years of his text messages.

Jones had claimed during the discovery that he couldn’t find any text messages related to Sandy Hook on his phone, but denied lying under oath.