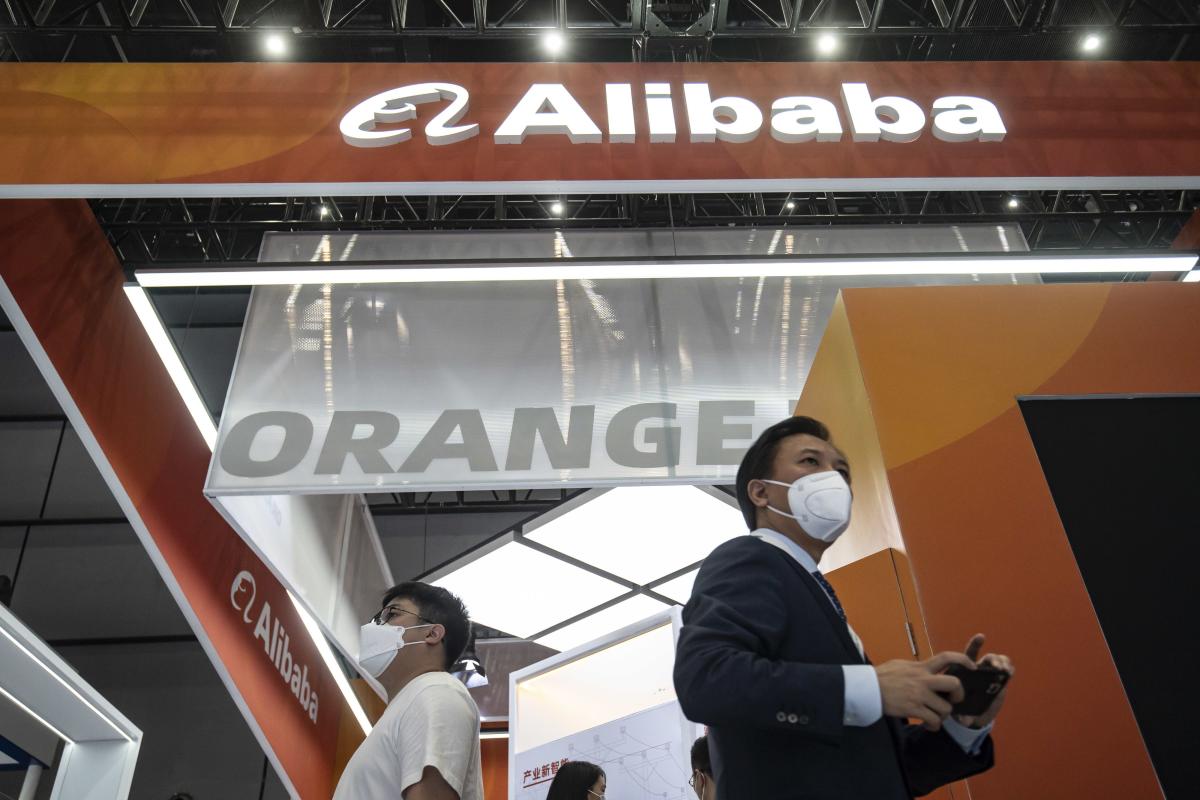 (Bloomberg) – The shares of Alibaba Group Holding Ltd. rose after the Chinese e-commerce giant unveiled a new buyback plan and suggested Covid-19 restrictions are starting to ease enough to benefit its business.

The stock rose as much as 6.4% in Hong Kong trading Friday morning.

Alibaba reported a surprise net loss for the quarter as it downgraded investment positions, but it offered investors support on other fronts. The company approved a $15 billion extension to an existing $25 billion buyback program while extending its term through 2025. Executives also expressed optimism about the eventual lifting of pandemic restrictions.

“With the introduction of the 20-point pandemic measures from the state authorities, it can be expected to have a positive effect. We are certainly still noticing some logistics disruption in certain regions of the country,” Chief Executive Officer Daniel Zhang told analysts on a post-earnings conference call. “But overall, we expect things to continue to improve in a positive direction .”

China’s e-commerce leader reported a net loss of 20.6 billion yuan ($2.9 billion) versus forecasts for a profit of nearly the same amount after it downgraded investments in a portfolio that Didi Global Inc. . and included Indonesian GoTo. Adjusted Ebitda rose 24% this quarter, metrics analysts at Jefferies emphasized as a sign of progress.

“We believe it’s in a good place to embrace the reopening story ahead, thanks to its huge and engaging user base pursuing successful customer segmentation strategies coupled with broad product selections,” the Jefferies analysts wrote.

Revenue rose slightly less than expected 3% to 207.2 billion yuan in the September quarter, after sales of the cloud – the company’s biggest growth driver in recent times – reached its slowest pace on record.

Still, investors are pointing to signs that Xi Jinping’s government is moving away from the Covid Zero framework and increasingly supporting tech companies. While still early days, there are steps that point to a renewed focus on detaching from the private sector and reviving the world’s No. 2 economy.

“We believe that Covid will eventually pass, that our society, our economy and our lives will eventually return to normal, and that China’s huge potential as the second largest economy in the world will be further unleashed,” Zhang said.

Analysts at Bernstein, including Robin Zhu, called on Shakespeare to capture the drama of Beijing’s Covid policy. “The whole world is a reopening game?” they wondered in a report following Alibaba’s earnings.

“All Chinese ADRs are a reopening game, all local governments are just players; they have their exits and their entrances; and one man in his day plays many parts…,” they wrote.