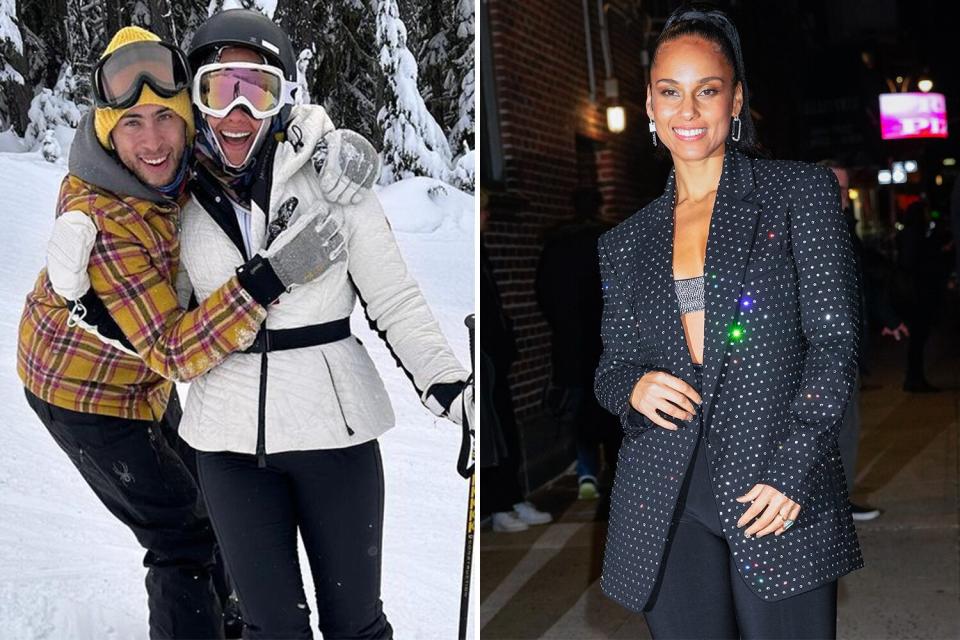 Alicia Keys shares some important lessons from her ski trip with the family.

In an Instagram post on Friday, the “No One” singer, 41, shared picturesque snaps and videos from her winter vacation with her husband of 12 years, Swizz Beatz, and their blended family. In the caption, Keys got transparent with her followers about the skills she’s gained from learning how to ski.

“I never thought I wanted to ski, I grew up in New York!! Who wants to go somewhere to be COLD!!!!???🥶🥶❄️❄️❄️❄️,” she wrote alongside a photo of her wearing her younger brother was hugging Cole Kok.

The Grammy award-winning musician continued, “But now that I’ve tried it, what I love about it is… it forces you to live on YOUR edge, to overcome your fear of falling and failing. direction of the fall. When I do that, I’m actually more stable and stronger than I ever thought possible.”

“I wish this for all of us this year! That we are not afraid to fall,” she captioned it. “That we live on the edge and discover how powerful we really are.”

In another video in the post, the singer showed off the scenic snow-capped mountains while Earth, Wind & Fire’s “Keep Your Head to the Sky” played in the background.

Swizz Beatz, whose real name is Kasseem Daoud Dean, also shared photos from the holiday trip on Instagram, including a family photo with “Happy New Years From the Dean Team” written in red text over it.

The photo shows his and Keys’ two sons, Egypt, 12, and Genesis, 8, along with his son Naseem, whom he shares with ex-wife Mashonda Tifrere. His eldest daughter, Nicole, and son Prince Nasir from another marriage were also photographed.

ALSO READ  Nicolas Cage has made more than 100 films. He finally made a western with 'The Old Way'.

While Keys has said she loves being a mom, the singer opened up to PEOPLE about the importance of striking a balance between parenting and her busy career as a musician.

“I’m all about wellness,” Keys revealed to PEOPLE last year. “That’s what it’s all about, taking the mundane and turning it into a little ritual so you can have a moment to yourself.”

She continued, “Going back to my journal really opened up a space for me, and it also made me more creative because I kind of crammed that in,” adding that she really appreciates daily rituals that help her connect with her “inner voice.” .”