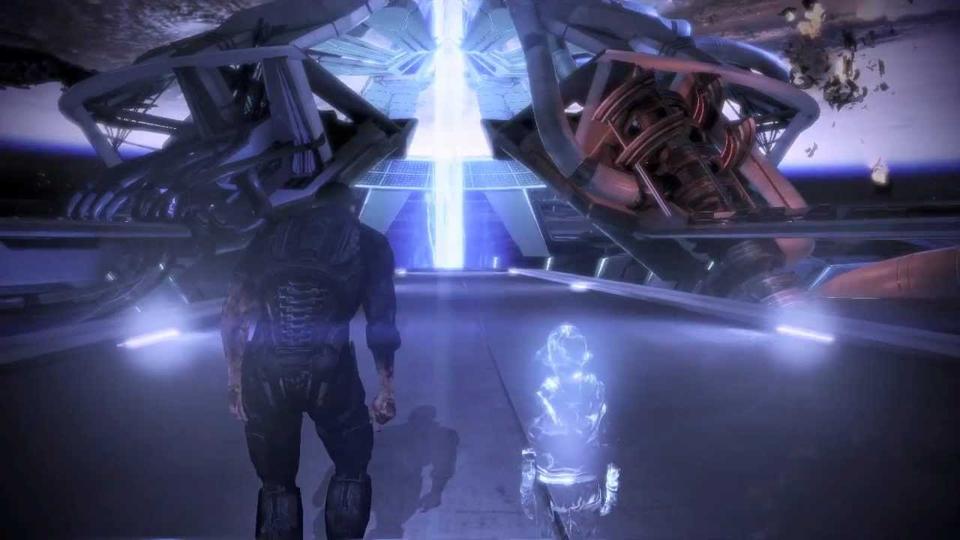 The legendary edition of Mass Effect came to great success and fond memories. For me, there are many moments that stand out from the series. The first choice between Kaidan and Ashley, who made me relaunch the mission several times to try to save them both. My first love, Liara. My second love, Miranda. My third love, Tali (okay, I had some engagement issues).

But there’s one thing that stands out in a different way, the whole controversy surrounding the ending of Mass Effect 3, which took to the internet in 2012.

In short, here’s what happened:

The ending of Mass Effect 3, which followed a series of endless choices and consequences, came down to three main endings, whatever past decisions you made, Control (the Reapers), Destroy (the Reapers) ) or Synthesis (merge all) organic and synthetic life).

The problem was that each of them played almost identically with a short cutscene. More crew moments, a weird cliffhanger, and it basically didn’t seem like your choice mattered. As any of your choices mattered.

The outcry was quick and loud. It ranged from “that ending didn’t seem right when paired with the rest of the series” to literal death threats against writers at BioWare, chasing them off social media.

Eventually, BioWare tried to appease fans. First, they updated the game to flesh out the ending a bit more with extended cutscenes and a few other changes. But they announced that more was to come.

This would be the now famous Citadel DLC, which takes place before the final mission and is more or less just a giant party where you can chat at length with almost all character from the series, getting a sense of closure with the beloved members of your crew before heading into the breach, with special attention given to love interests.

Covering this controversy was one of the first ‘major’ stories I drew attention to, as I supported the idea that yes, the ending should be changed and improved, on most of the press that called the players “entitled” to want a different ending.

Come to think of it now, it was muddy territory. The protests were really obnoxious and sometimes unbalanced, and no one at BioWare deserved the abuse they endured until the end. I also think the ending is overly discussed in the rest of Mass Effect 3, which was an amazing game before this point.

Having said that, I do not regret my position. The game has been enhanced with the modified ending and the Citadel DLC, and represents a much more common collaborative process in games these days. For many critics, it was the “death of art” where complaining could give way to changes in history. But I’ve seen so many games succeed because they soak up the comments and work with the fans to tell their stories. And in the case of Mass Effect, it wasn’t even a ret-con. Citadel was just a missing moment that should have been there in the first place. And basically the endings of the game never really changed. They have simply been better explained.

I just don’t think the original endings worked at all. No, I wasn’t the type to think that BioWare needed 50 different endings for each swap of choices players made over 200 hours of three games, but the simplistic choice seemed too reductive, which is why I wanted to believe in the more elaborate indoctrination theory, that this “bad ending” was really just a trick of the Reapers to indoctrinate Shepard, and that the only correct answer was to destroy them. BioWare confirmed that it was never their intention, but it felt like such an abrupt ending, as if your entire crew had just died, even if they weren’t, because you never saw them again or learned about them. what had happened to them. We still don’t know, really, (aside from Liara appearing in the new upcoming Mass Effect), but Citadel helped with that and contained some of the best character moments of the series. So yeah, I think it was a good thing that the pushback prompted BioWare to create this.

This is a complicated question. Abuse is never guaranteed. But the criticism can be reasonable and justified and the games can be made better with it. Mass Effect 3 was indeed critically improved at the end, although the road to getting there was uncomfortable to say the least. It’s hard to remember an example of this exact situation that has been playing out since then. I kind of remember how many people felt after Star Wars: Rise of Skywalker and what many fans considered to be a massacre ending there. But Disney hasn’t returned to these characters and probably never will.

Either way, I think Mass Effect 3 is a great game, and just as much of a powerful entry as the other two (although 2 is still my favorite). It just brought back a lot of memories, not just of the game itself, but of the coverage of it all as I was just starting my career. Strange times, but ultimately good times.