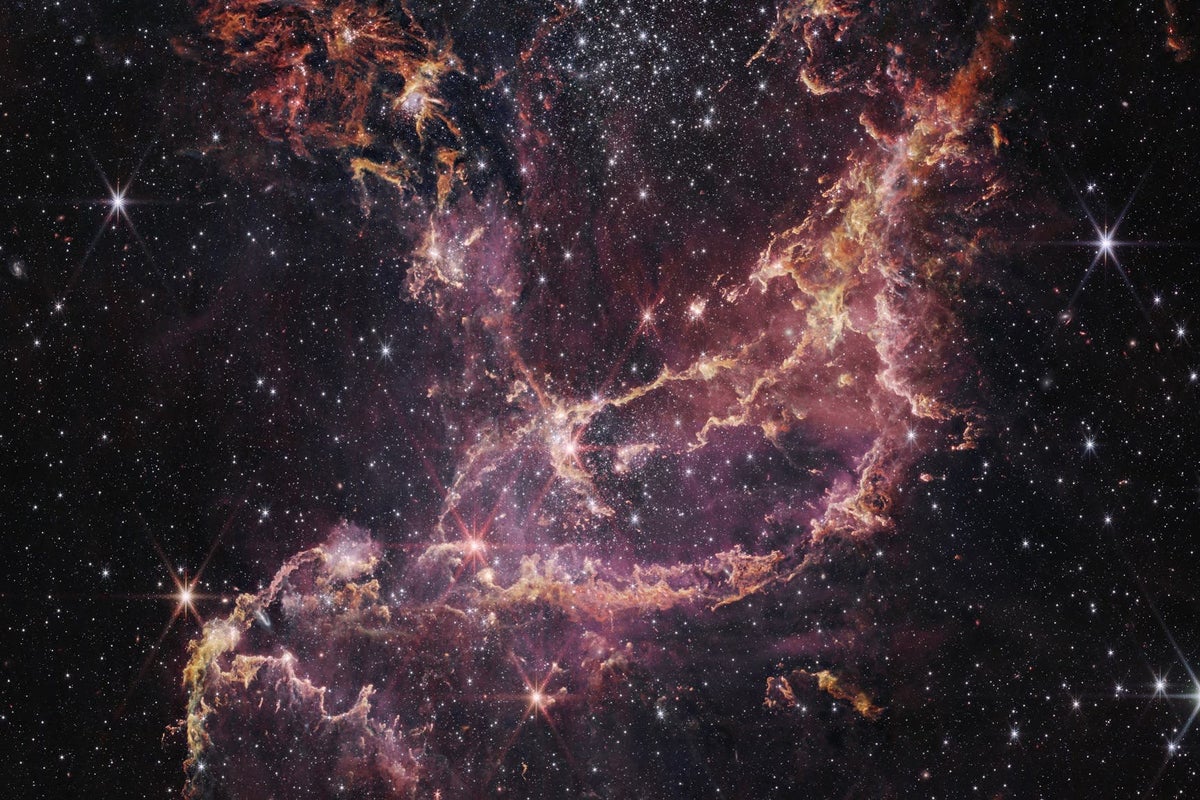 A new image taken by the James Webb Space Telescope could show the very beginnings of planets.

The huge, swirling new image shows a young star cluster known as NGC 346, located in the Small Magellanic Cloud, or SMC. They are more than 200,000 light-years from Earth.

ALSO READ  Is Emma Raducanu vs Coco Gauff on TV? Channel, time and how to watch

Scientists believe that conditions in that star cluster are similar to those in the early universe, when it was rapidly giving birth to new stars.

The image allows scientists to watch that process as it happens, see stars as they form. But it could also include planets — which would suggest that new worlds formed in the universe earlier than scientists realized.

Astronomers believe studying this region could shed light on how the first stars formed during “cosmic noon,” which is just two or three billion years after the Big Bang.

The new photo comes as scientists announced that JWST’s first planet had been found — and that it was remarkably similar to Earth.

Guido De Marchi, from the European Space Agency, and a co-investigator on the research team that helped create the image, said: “We’re seeing the building blocks, not just of stars, but possibly of planets as well.

“And since the Small Magellanic Cloud has a similar environment to galaxies during cosmic noon, it’s possible that rocky planets formed earlier in the Universe than we might have thought.”

NGC 346 is home to protostars – these are clouds of gas and dust in space that develop into stars.

Astronomers say studying protostars is the best way to understand how stars formed.

As stars form, they collect gas and dust, which can look like ribbons from the surrounding molecular cloud.

The material collects in a disk that feeds the central protostar.

While astronomers have previously detected gas around protostars in NGC 346, JWST’s observations have also detected dust in these disks.

Olivia Jones, Science and Technology Facilities Council Webb Fellow at STFC’s UK Astronomy Technology Center and lead author of the forthcoming paper, currently under peer review, said: “This is the first time we have examined the full sequence of star formation from both low and low detect stars massive stars in another galaxy.

“This means we have a lot more data to study at high resolution, giving us new information about how the birth of stars shapes their environment and even more insight into the star formation process.”