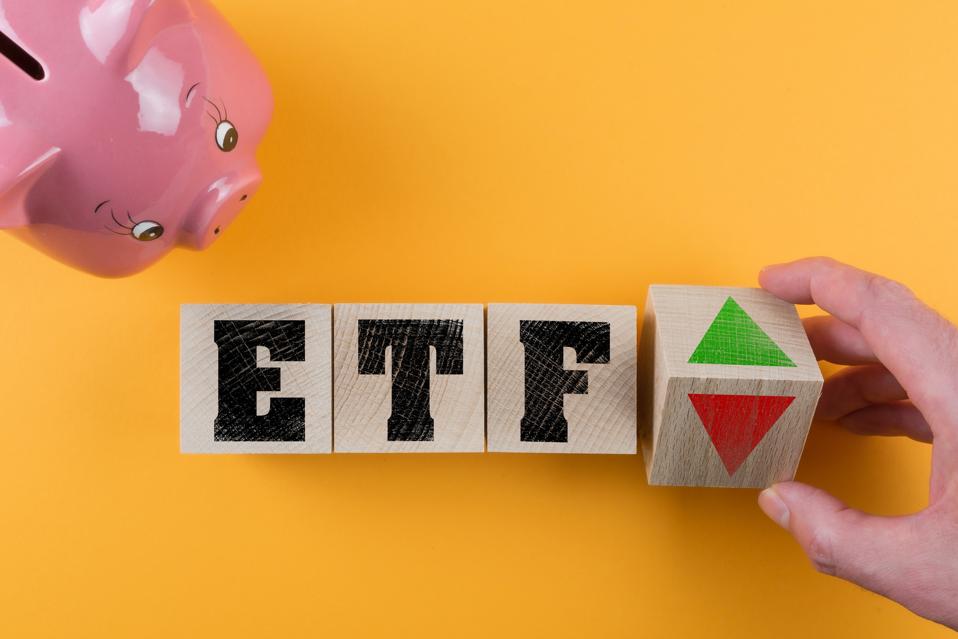 Identifying a fund that holds quality companies at cheap valuations is not easy, especially in the meme stock-driven market of late. The American Century STOXX U.S. Quality Value ETF
follows a methodology that leads it to allocate heavily to Attractive-or-better rated stocks and is this week’s Long Idea. VALQ is the best All Cap Value style ETF from 1Q21 and ranked first overall among all of the style ETFs in 1Q21.

VALQ has annualized returns of ~6% over the past three years compared to ~9% for its benchmark, as measured by iShares Core S&P U.S. Value ETF
. This underperformance drives Morningstar’s backward-looking rating system to rate VALQ below IUSV.

Looking forward instead of backward, I assign VALQ the highest rating: very attractive (equivalent to 5 stars). I base my forward-looking Predictive Fund Ratings on in-depth analysis of fund holdings. Relying only on backward-looking ratings could mislead investors into choosing IUSV when more in-depth, holdings-based research shows VALQ has superior risk/reward.

To properly evaluate any ETF, including VALQ, one must analyze the filings, including the footnotes and MD&A, of each of its holdings. This diligence takes an enormous amount of time unavailable to most without the aid of technology.

According to VALQ’s prospectus, the fund seeks to select stocks of large- and mid-cap companies within the STOXX USA 900 Index that are “undervalued or have sustainable income.”

To identify quality companies, the fund uses “measures of profitability, earnings quality, management quality and earnings estimate revisions” to eliminate bottom performers. The fund also looks at “efficient use of capital” to assess management quality. From the remaining group, the fund applies a valuation score based on “value, earnings yield, and cash flow metrics” to find undervalued stocks.

If analyzing stocks based on quality and valuation metrics sounds familiar, it’s because such a strategy is the core of my firm’s Value Investing 2.0. I evaluate the quality of all stocks based on economic earnings and return-on-invested capital (ROIC). I also evaluate stocks based on free cash flow (FCF) yield, price-to-economic book value (PEBV) ratio, and growth appreciation period (GAP
).

However, having a stated methodology that includes fundamental and valuation screens is not enough to ensure a quality portfolio. I’ve shown before how funds tend to buy the same stocks and managers chasing benchmark returns tend to under allocate to “value” stocks.

Through my detailed analysis of VALQ’s holdings, which leverages more reliable fundamental data, I find that this fund’s strategy does help management pick superior holdings to its benchmark.

Given this favorable allocation relative to the benchmark, VALQ appears well-positioned to capture more upside with lower risk. Compared to the average ETF, VALQ has a much better chance of generating the outperformance required to justify its already minimal fees.

Figure 3 contains my detailed rating for VALQ, which includes each of the criteria I use to rate all ETFs under coverage. These criteria are the same for my Stock Rating Methodology, because the performance of an ETF’s holdings equals the performance of the ETF after fees.

VALQ’s holdings are superior to IUSV in four out of five categories and beat State Street SPDR S&P 500 ETF Trust
in three out of five. Holdings research reveals that VALQ’s’:

In other words, VALQ’s holdings generate quality cash flows and have cheaper valuations compared to IUSV and SPY. The market expectations for stocks held by VALQ imply profits will only grow by 30% (measured by PEBV ratio) while the expectations embedded in IUSV’s and SPY’s holdings imply a near tripling of profits. High historical profits and relatively low expectations for future profits are an attractive combination.

Given its focus on quality and valuation, it’s no wonder that 24% of the ETF’s assets (35 stocks in total) are allocated to stocks I’ve featured as Long Ideas (See Appendix for details).

Investors Could Have a Portfolio With an Even Better Allocation

Despite allocating more to Attractive-or-better rated holdings than its benchmark, investors could easily improve this allocation themselves. As I showed in The Paradigm Shift to Self-Directed Portfolio Construction, new technologies enable investors to create their own fund without any fees while also enabling better, more sophisticated weighting methodologies. If instead of weighting by VALQ’s method, I weight the fund’s holdings by economic earnings, the true cash flows of a business, the customized fund allocates:

See a detailed view of the quality of stock allocations in the customized fund vs. VALQ’s actual allocation here. Luckily for investors willing to pay for the convenience of having a portfolio managed for them, VALQ’s costs are manageable, as I’ll show below.

VALQ’s 0.32% total annual costs (TAC) are below the average of the 50 All Cap Value style ETFs under coverage of 0.36% but slightly above the weighted average of 0.27%. However, VALQ justifies its costs by executing an investment strategy that earns an Attractive Portfolio Management Rating.

A Closer Look at a Quality Holding

Intel
Corporation (INTC) is one of VALQ’s quality holdings and a stock I made a Long Idea in August 2020 as part of the “See Through the Dip” thesis. Since then, INTC is up 31% versus 19% for the S&P 500. While the stock has outperformed the market, it still offers ample upside potential.

Intel’s current economic book value, or no-growth value, is $86/share – a 34% upside to the current price.

In this scenario, Intel’s NOPAT falls 4% compounded annually and is just $13.4 billion in 2030, or 34% below its 2020 NOPAT. See the math behind this reverse DCF scenario. Figure 6 compares Intel’s implied future NOPAT in this scenario with its historical NOPAT.

My analysis reveals INTC holds significant upside potential even if it grows NOPAT by less than 1% compounded annually. If I assume Intel’s:

the stock is worth $87/share today – a 36% upside to the current stock price. See the math behind this reverse DCF scenario. Figure 7 compares Intel’s implied future NOPAT in this scenario with its historical NOPAT.

Even Quality ETFs Can Have Some Bad Holdings

Despite a good methodology and allocating most of its assets to Attractive-or-better rated stocks, not every VALQ holding offers quality risk/reward. Dentsply Sirona, Inc. (XRAY) is one such low-quality holding.

Below, I use my reverse DCF model to show the growth expectations baked into Dentsply Sirona’s current stock price. To justify its current price of $63/share, the firm must:

44% Downside Even If Dentsply Sirona Grows at Consensus Estimates

Even if Dentsply Sirona grows at consensus revenue estimates, the stock has significant downside risk. In this scenario, I assume:

In this scenario, NOPAT grows 6% compounded annually for the next eight years and the stock is worth $36/share today – a 43% downside to the current price. See the math behind this reverse DCF scenario.

This scenario could still prove optimistic given the firm’s NOPAT has fallen 19% compounded annually since 2016 (the first complete year since its merger). If the trend of profit decline continues, the stock holds even greater downside risk.

Each scenario assumes Dentsply Sirona is able to grow revenue, NOPAT, and FCF without increasing working capital or fixed assets. This assumption is unlikely but allows me to create best-case scenarios that demonstrate how high expectations embedded in the current valuation are. For reference, Dentsply Sirona’s invested capital increased by 3% since 2017.

The Importance of Sector and Holdings Based Fund Analysis

ETF investors can make better-informed decisions by combining rigorous sector/style analysis with in depth analysis of the holdings of each ETF. Simply buying a mutual fund or ETF based on past performance does not necessarily lead to outperformance. Only through holdings-based analysis can one determine if an ETF is allocating to undervalued, high-quality stocks, as VALQ does. Diligence on holdings allows investors to cut through the noise and find ETFs, like American Century STOXX U.S. Quality Value ETF, with a portfolio that suggests future performance will be strong.

Figure 10 lists the 35 stocks in VALQ’s holdings that I’ve featured as Long Ideas.

Point and Check Out These 5 Fun Double-Digit Returns

The monster yield of this fund feeds 7.9% of dividends