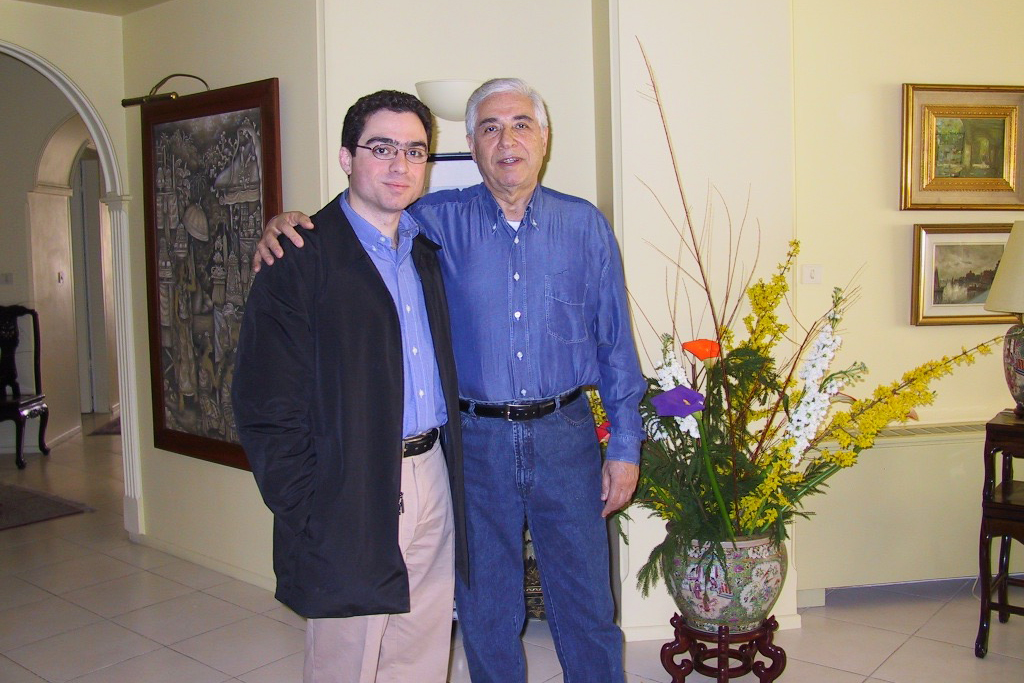 An American imprisoned in Iran for seven years went on hunger strike on Monday to protest his “soul crushing” plight and that of other Americans in Iran, calling on President Joe Biden to take action to secure their release set.

In a letter to Biden from his cell in Tehran’s Evin prison, Siamak Namazi said he is going on a seven-day hunger strike to mark seven years since he was barred from a prisoner exchange between the US and Iran in January 2016.

“When the Obama administration unscrupulously endangered me and released the other American citizens held hostage by Iran on January 16, 2016, the United States government promised my family to bring me home safely within weeks,” Namazi wrote. “Another seven years and two presidents later, I am still locked up in Tehran’s infamous Evin Prison.”

Namazi accused former presidents Barack Obama and Donald Trump of abandoning him and criticized Biden for not having face-to-face meetings with the families of Americans imprisoned in Iran.

“In the past, I have begged you to grab your moral compass and find the resolve to bring home the American hostages in Iran. To no avail,” Namazi wrote. “Not only do we remain Iran’s captives, but you have not even allowed our families to meet.”

Namazi said he asked Biden to spend one minute a day for the next week thinking about the fate of Americans being held in Iran, when in return he would refuse to eat.

“Unfortunately, given that I’m in this cage, all I have to offer you in return is my additional suffering. Therefore, I will abstain from food for those same seven days, in the hope that you will not deny me this small request.”

Namazi has been imprisoned in Iran longer than any other American in history. Iranian authorities sentenced him to 10 years on charges of “cooperating with a hostile foreign government”. The United Nations, human rights organizations and the US government say the allegations are baseless and that his detention is an arbitrary violation of international law.

His elderly father, Baquer Namazi, was imprisoned in 2016 after traveling to Iran to try to help his son. He was later released on medical leave and allowed to leave the country in October. Two other US citizens are imprisoned in Iran, Morad Tahbaz and Emad Sharghi, as well as an unknown number of permanent US legal residents, including Shahab Dalili.

Despite his scathing criticism of successive US presidents, Namazi said the ultimate blame for his incarceration lay with what he called a brutal regime in Iran. He said he has told his “captors” that he will never forget “that it was not Obama or Trump who imprisoned me on trumped-up charges” and “that it is clear whose vile hostage-taking diplomacy has destroyed the lives of so many innocent men and women. devastated.” and their families.”

Iran has denied that it has arbitrarily imprisoned Americans and other foreigners and says matters have been handled in accordance with its laws.

U.S. officials say securing the freedom of Americans detained in Iran is a top priority and that Biden is doing everything he can to ensure that all U.S. citizens wrongfully detained abroad can return home safely.

In his letter, Namazi said he had no words to convey “the unspeakable pain I have endured since Iran took me hostage in October 2015.”

“Nothing I say can convey the anguish of having to harden myself to this soul-crushing insensitivity and lawlessness. How would you describe what it feels like to be robbed of your humanity and instead treated like some kind of overpriced item?” He wrote.

“How do I explain the devastation my family and I have been left with after so many half-hearted deals with prisoners crumble at the last minute, turning freedom into a chimera?”

Babak Namazi, Namazi’s brother, said in a statement that his family is “obviously gravely concerned about Siamak’s health and distraught that he has resorted to such desperate measures.”

“However, we also understand his frustration at the seemingly unending horror he has faced and support his call for both Iran and the US to finally strike a deal to secure the release of all US hostages.”