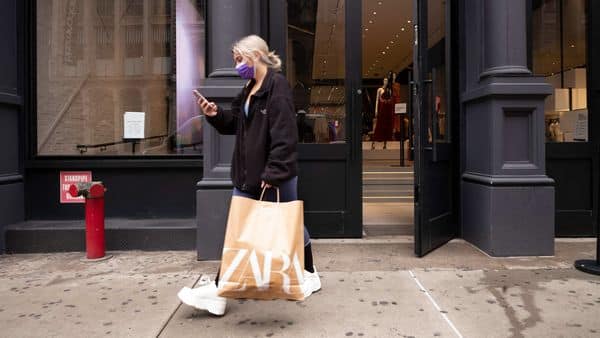 The new data, in an annual assessment of the country’s financial well-being, provides a snapshot of how households are doing in the first year of the pandemic and comes as Washington debates how much more to spend to support the economy during the worst public health crisis in a century.

In 2019, the year before the pandemic took hold, the country’s median household income set what was then an inflation-adjusted record dating back to 1967, when the office began using its current methodology.

The poverty rate in 2020 was 11.4 percent, an increase of 1 percentage point from 2019 and the first increase after five consecutive years of decline. This translates to 37.2 million people living in poverty, an increase of 3.3 million from 2019.

The threshold for meeting the definition of poverty varies depending on the size and composition of the household. For a typical four-person household, it was $ 26,200 in 2020.

The official poverty measure does not reflect how much a household pays in taxes, and it also omits non-cash government assistance such as tax credits, housing subsidies, and free school meals. A broader measure of poverty that takes these expenses and incomes into account actually fell to 9.1 percent last year, down 2.6 percentage points from 2019.

ALSO READ  Suspense around the new CM of Gujarat after the resignation of Vijay Rupani, several key faces of the BJP in the running

The decline, coinciding with an increase in the official poverty rate, highlighted the role of the government’s safety net, which was expanded during the pandemic. The two poverty indicators have followed closely for a decade, but last year was the first time the additional measure fell below the official measure.

Without the first two rounds of stimulus checks issued last year, the broader measure of poverty would have risen by almost a percentage point instead of falling, the office said. Specifically, the stimulus checks moved 11.7 million people above the poverty line if their effect were calculated on their own. Likewise, expanded unemployment programs have done so for 5.5 million people. Refundable tax credits, like the labor income tax credit, have done so for 5.3 million people. The social security program, however, remained the largest safety net program, raising 26.5 million people above the poverty line.

“The increase in poverty would have been even greater had it not been for the ample budget support provided over the past year,” said Shannon Seery, economist at Wells Fargo & Co.

After the continuation of direct federal payments to households in 2021 and the increase in unemployment benefits that expired in early September, Ms. Seery said, an improvement in the unemployment situation should help households.

“With strong demand for labor, illustrated by the record 10.9 million vacancies in July and average hourly earnings on the rise across all sectors, the current environment should help attract workers to the site, ”she said.

The bureau also said the proportion of Americans without health insurance for all of 2020 was 8.6%, essentially unchanged from 2018. About 28 million Americans had no health insurance, according to investigation.

The road ahead for the US economy seems more uncertain than at the start of 2020. In recent weeks, more and more evidence has accumulated of the loss of momentum as cases of Covid-19 rise again . Supply chain challenges and the lack of manpower for lower paying jobs also weigh on economic growth.

ALSO READ  Food is becoming more expensive in the United States, and it's not just because of Covid

Rocky Smith Jr., a 41-year-old union activist who cuts metal pieces to size after they come out of an oven, said things were looking up for his family of four in Muskegon, Michigan. After being made redundant in April 2020, he said he was only hired in July 2021.

Mr Smith said he now earns more than $ 20 an hour in his full-time job. His wife, he said, returned to work during her unemployment and the family skipped meals and other luxuries.

“We rolled with the punches,” said Mr. Smith, a former boxer. “Life hit us, but we made it work.”

For Afghans fleeing the Taliban, being on the right list is crucial

So, do you think you’ve tried remote working? You probably don’t