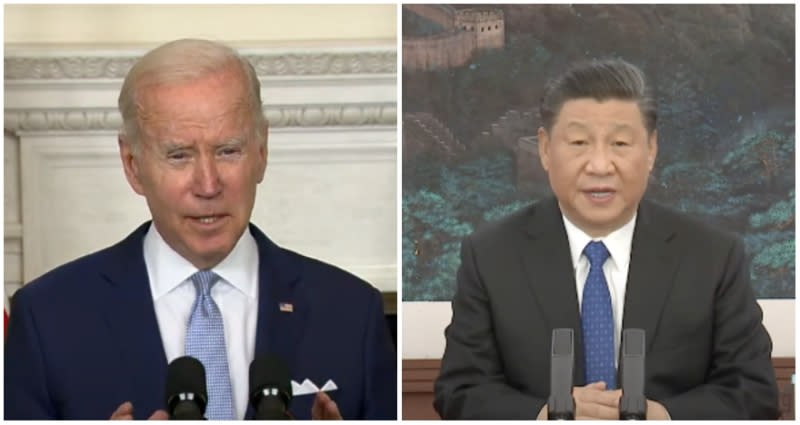 In a call that lasted more than two hours, Chinese President Xi Jinping sternly warned President Biden: “Those who play with fire will only burn themselves,” citing the US’s commitment to Taiwan’s independence.

The call on Thursday, which began at 8:33 a.m. ET, was their… fifth since Biden took office in 2021 and the longest the two have ever shared at two hours and 17 minutes, pointing to mounting tensions between the world’s two most powerful economies.

The leaders were scheduled to talk about a wide selection of topics, including the Russian invasion of Ukraine, which China has not officially condemned; most notable, however, was their heated discussion about Taiwan.

According to China’s state news agency, Xi told Biden: “Those who play with fire will only be burned” and “[We] hope the American side can see this clearly.”

China has maintained that there is no compromise on its “one-china principle:”, claiming that Taiwan remains an inalienable part of China as a territory, despite its separate political system.

Taiwan has remained equally strong in its independence stance, provoking aggression from China, including the increase in its military presence near the island.

Last month, China’s Defense Minister, General Wei-Fenghe warned that the country “certainly wouldn’t hesitate to go to war” if someone were to “split off” Taiwan from the mainland.

The US has officially taken a passive stance and insists it will not grant aid Taiwan’s Independence.

Pelosi is also a long time critic of Beijing, who has publicly accused the country’s government of human rights violations on multiple occasions.

More from NextShark: Andrew Yang Ally Files Bill to Give Every Californian $1,000 a Month

Ahead of the call, White House national security spokesman John Kirby clarified that the point of the interaction was to “keep lines of communication open with the president of China,” as it “is one of the most profound bilateral relationships.” of the world. .

More from NextShark: More racist messages emerge from fired NY broker who made a joke about the coronavirus