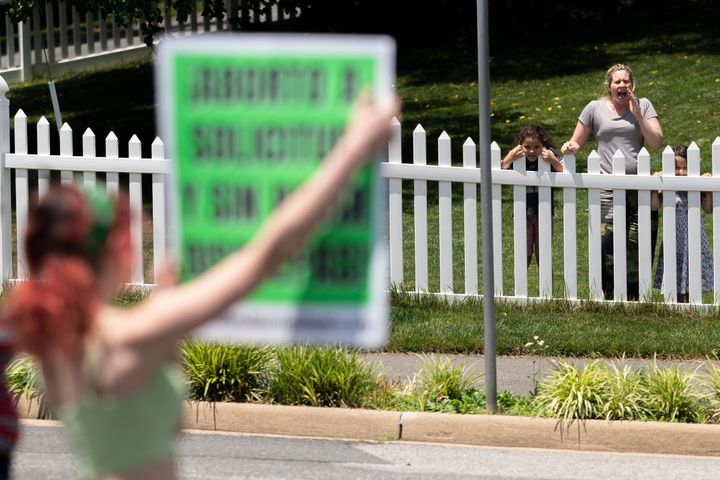 On stage this week in a room full of cheering conservatives, a delusional Amy Coney Barrett made a quick joke about her life since she helped decimate access to abortion in the United States.

“It’s really nice to have a lot of noise not made by protesters outside my house,” she joked.

Her mocking remark elicited laughter and, reportedly, a standing ovation from a fawning crowd.

Protesters have regularly appeared at the Barrett’s Virginia home after she and other conservative judges voted to overturn Roe v. Wade, the landmark 1973 decision that legalized abortion nationwide, in the Dobbs v. Jackson Women’s Health case. Organization in 2022.

The decision quickly reversed access to reproductive health care in many parts of the country as Republican lawmakers seized the opportunity to enact increasingly strict abortion bans.

In May, after a draft of the Dobbs decision was leaked, activists staged a “Handmaid’s Tale” demonstration near Barrett. A column of protesters, dressed in long crimson robes and white hats, marched past her house. At least one person was holding a sign that read, “We have not chosen a People of Praise” — a reference to the small, ultra-conservative Christian group in which Barrett served as a “handmaid,” according to a survey by The Washington Post.

ALSO READ  The Debate - France's Response to Abortion: Should the Constitution Include Women's Right to Choose?

In late June – after the decision was made – protesters were seen holding loudspeakers and placards with messages such as “reproductive rights are human rights” and “liar” next to a drawing of Barrett’s face.

In this week’s midterm elections, voters favored Democrats more than political observers had expected; many attribute the turnout to public anger at the Supreme Court’s abortion decision.