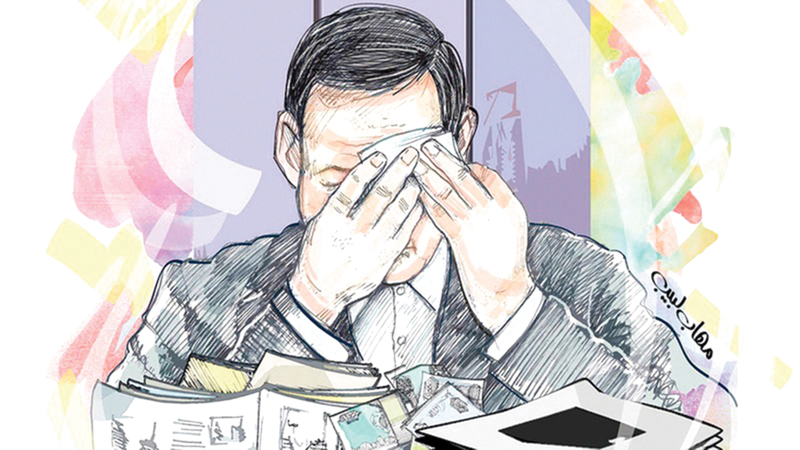 An Asian person is about to carry out his plan by boarding a plane from Dubai Airport to the Netherlands, as a transit station, before departing from it later to Mexico, using a forged visa, but the competent employee suspected the visa and presented it to the document examination center in the General Administration of Residency and Affairs foreigners, to make sure it is completely fake.

According to the details of the case, according to the certainty of the court, and the conclusion of the investigations, that the accused was arrested while trying to leave the country heading to Mexico via the Netherlands, after completing his travel procedures and upon boarding the plane, as it was found that the visa he was carrying was forged.

The Public Prosecution charged him with participating with another in forging an unofficial document and using it, by presenting it to the passport officer at Dubai Airport, despite his knowledge of his forgery.

By asking the accused in the investigations of the Public Prosecution, he denied the accusation attributed to him, stating that while he was trying to leave the country through Dubai Airport to the Netherlands, and from there to Mexico, the airline employee stopped him before boarding the plane, and informed him that the visa he was carrying to Mexico was forged.

The accused said that he did not know anything about the forgery of the visa, as he obtained it through a person in his country, in exchange for 1,000 dollars, and that that unknown person assured him that it was issued in an official and correct way, and that he could use it, as he repeated his statements before the court, asking for clemency with him.

The court stated in the reasons for its ruling that it sees from the circumstances and circumstances of the case that the accused did not resort to the correct procedures followed to obtain the visa, through the authorities entrusted with that, but rather agreed with an unknown person to forge it, and provided him with his data and his image, then he tried to use it to leave, had it not been for the acumen of an employee Aviation security, but you can see from his circumstances and the fact that he will not return to the same as what happened from him, and then decided to use clemency with him, and ruled to imprison him for one month, suspended for three years, and deport him from the state.

ALSO READ  Friday.. Pension disbursement for the month of January