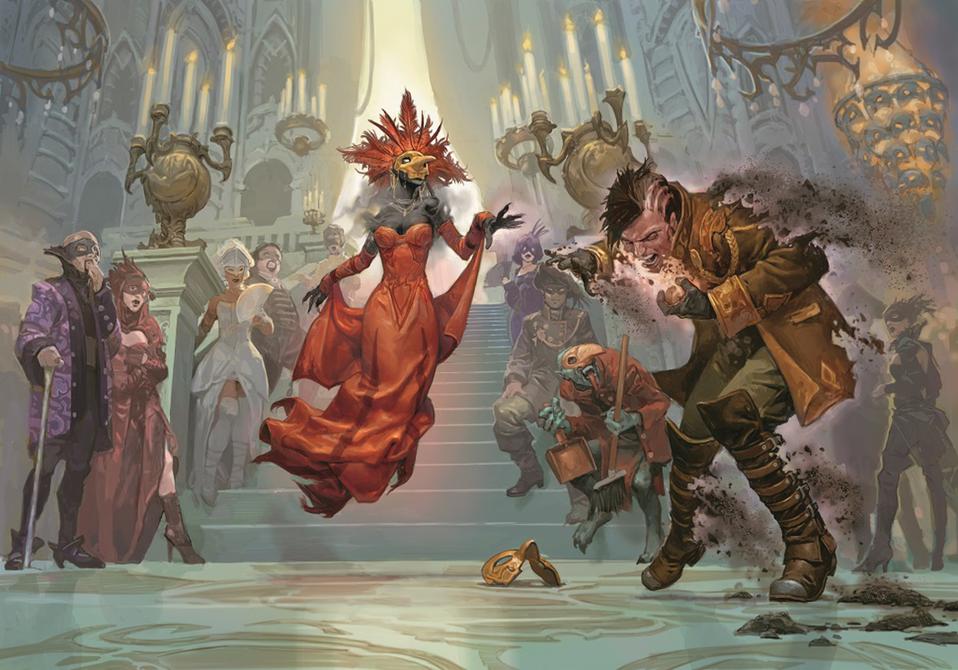 The next Dungeons and dragons book is a little something new for the fifth edition. It’s a scenery book with dozens of locations, monsters, player options, and an adventure. It’s a genre guide designed to help Dungeon Masters add horror to their games. But, most important of all? It’s a comeback to Ravenloft.

“Van Richten’s Guide to Ravenloft explores not only the sets of terrifying adventures, but also how to use horror as a genre in Dungeons and dragonsSaid Wes Schneider, lead designer of Van Richtenof Guide to Ravenloft. “After looking at many horror subgenres – like cosmic horror, gothic horror, ghost stories, and the like – we highlight several areas of Ravenloft that provide examples of the featured genre elements or combinations of these. The classic Barovia realm, for example, is just one example of a realm steeped in Gothic horror, while dark fantasy and psychological horror underpins a realm like Dementlieu.

Dementlieu is one of the more than 30 areas of dread detailed in the book. It’s a stark contrast to the dark forest of Barovia and the gothic castle looming on a hill. Instead, it’s covered in a glamorous sheen of beautiful clothes and luxury parties. Everyone is dying to be invited to the grand masquerade hosted by Duchess Saidra d’Honaire every week on her private island. And, in many cases, killed if discovered at the ball if they weren’t supposed to be there.

“The entire estate plays out elements of deception, psychological manipulation, and creepy fairy tales, all in a setting where the earth itself changes in malevolent and impossible ways,” Schneider said. “Game designer Kira Magrann, who has a history of creating mind-blowing games, worked with the team on Dementlieu and helped create a place a bit Cinderella, a little ‘The Mask of the Red Death’, and a little Dark city. This is an area that leaves everyone paranoid and posture to blend in with the crowd while being terrified of being exposed for not being in the collective lie. Oh, and there are murderous ghosts.

“Ravenloft nostalgia aside as a classic D&D setting, horror and D&D are a natural fit. It’s fun to play a character who is faced with terrifying situations. It’s fun to play terrifying situations with characters. Ravenloft offers endless possibilities to choose your role as a player or DM – the heroes or the terror – and explore the horror experiences that you and your friends enjoy.

Van Richtenof Ravenloft Guide is the rare return of the Fifth Edition to an already affected setting. Beyond more monsters and mechanics, the book seeks to update many classic realms of horror to expand the themes available for Dungeon Masters as well as to tackle problematic element areas from previous editions.

“While genres like gothic horror, body horror, and folk horror have significant imprints in the book,” Schneider said. “There are also discussions of disaster horror, slasher horror, and occult crime stories, among others. How do you define a zombie apocalypse in D&D or turn a monster into your own Michael Meyers? These sections explore these concepts and I’m excited to see how DMs work with these ideas. “

Van Richtenof Ravenloft Guide will be available May 18 in a regular and limited edition cover only available at local game stores.