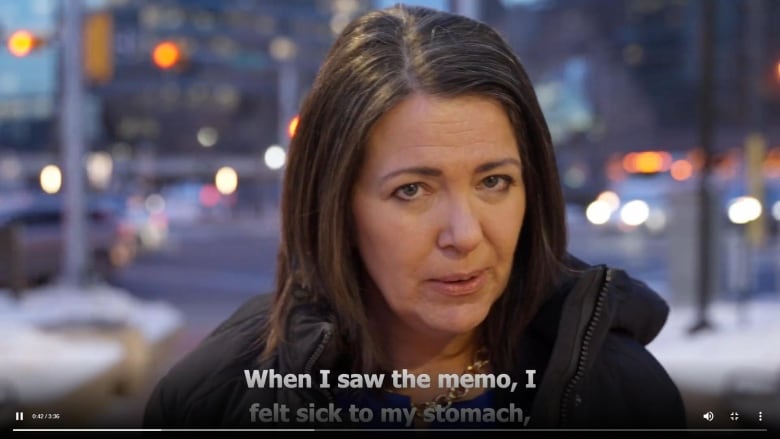 If it were somehow true, as Danielle Smith and team falsely claim, that a federal memo described a plot by the Trudeau administration to cut 2.7 million jobs (or “up to” that number) with his “just transition” plan, we would hear endless shouts on the rooftops from the aerospace and housing sectors. And we are not.

That large figure does not refer to job losses, but to the total employment in all sectors where Ottawa expects “larger-scale transformations” to emerge from a shift to a low-carbon economy, according to June 2022 ministerial meeting briefing note United Conservatives have been fixated on this week.

Smith has twisted this note to state that it is about “eliminating entire industries,” especially the energy and agriculture sectors that are critical to Alberta’s economy.

Certainly, the shift away from electric vehicles and the push to reduce building emissions will transform large parts of those industries. However, no one is claiming that climate change mitigation measures will displace all existing jobs for apartment building drafters, air traffic controllers and all their ilk.

Because that would be absurd.

But still. This week was one big “and yet” about the Smith administration’s intense battle against Ottawa.

Even after the Natural Resources Secretary and multiple media outlets laid out the facts that 2.7 million jobs didn’t really mean what Smith said it meant, the obvious misrepresentations continued.

At least Dreeshen deleted his apparently wrong tweet. But other top officials keep their inaccuracies for public consumption. After all, it’s good fodder to spark public anger over a dossier that’s already worrying people in the oil and gas industry — suggesting they could all lose their jobs if the federal government goes ahead with some sort of plan to rebuild the national economy. destroy, for which there is no evidence. (Unless you’re counting extreme exaggeration based on a briefing note.)

Smith further misleads in her video by misattributing a quote to the federal government: “It’s worse than we feared,” she says. “And I quote, ‘Canadians put out of work by climate change programs can always get a job as a janitor,’ the federal briefing note said.”

She does not quote from the government document. That’s a line of a story by Ottawa-based outlet Blacklock’s Reporter, who first informed Smith of the publicly available memo’s existence.

Work up into a lather, rinse, repeat

Certainly, there is room for concern and debate between Albertans and the federal government at the intersection of climate change and oil and gas development. From a sector-specific emissions cap that could potentially force production cuts if it’s too strict, to worry, the idea of ​​a “just transition” stems from the activist rhetoric out for much faster change than industry leaders or federal ministers claim they want, there’s meat to gnaw on this bone.

This particular transition issue and the intense temperature surrounding it has also gripped NDP leader Rachel Notley. She came out this week with calls for the Liberals to suspend their spring legislative plans, which amounted to a clearly sharper position than she assumed on TBEN’s west of center podcast a few days earlier, a head-scratcher for some in her party’s base.

Another sign of the widening rhetorical gulf between Alberta politicians and the oil companies they claim to defend is that oil sands leaders are not tearing their clothes over an energy transition; they are prepare for it.

And of course, take all the exaggerations out of politics and what are you left with? Mountains of uneaten perogies and cheeseburgers in the legislature’s canteen?

But it shouldn’t be too much to expect some respect for accuracy and facts from the politicians who entrust Albertans with their public services, tax dollars and so much more. Between her previous incarnations as a journalist and elected official, Smith has had multiple and varying commitments to accurately convey information. But still.

As they did (or didn’t) in Quebec

This wouldn’t be the first time Smith has used misrepresentation to underline important facts.

For months in her quest to become UCP leader and prime minister, Danielle Smith had a favorite — if not a factual — example that justified her plans for an Alberta Sovereignty Act.

When the federal government last year invoked the emergency law to dismantle the occupation of truck convoys, Smith said repeatedly, the National Assembly of Quebec “brought a motion saying we will not enforce it. It passed unanimously — and caused not a constitutional crisis.” Smith’s act would similarly fail to enforce federal laws in Alberta, she would declare.

Except the Quebec legislature didn’t. It passed one voluntary motion that only urged Ottawa not to apply the emergency law in that province, even though Quebec Premier François Legault acknowledged that he had no power to actually stop the Trudeau administration from doing so.

Smith’s obvious misrepresentation pointed out to her repeatedly in the summer (at least for me). But she kept handling it – until Power and Politics’ David Cochrane refuted Smith’s claim to her face on live TV in October, after she won.

From then on, Smith removed that inaccuracy from her rhetorical toolbox. But some falsehoods apparently seem harder for the prime minister to stop.

When Smith’s office was asked Thursday about its continued misuse of the 2.7 million jobs figure, her office responded in an email: “If the federal government states that the employment of 2.7 million people will be ‘transformed ‘, can they tell these people specifically what they’re going to do now to make a living?”

In other words, this is not going away.

Those 202,000 energy workers in Canada, who have fixed wages, mortgages and children – should they be someone’s rhetorical pawns?

Not to mention all those people in high rises and big railroads she hasn’t worried about yet, but surely she will?

The National | TBEN News in Turkey, Healthcare Financing, State of the Union