Honda has registered the CRF300L in India. But will this dual sport be launched in India? We are trying to get answers.

Honda CRF300L is unlikely to launch in India, at least in the near future 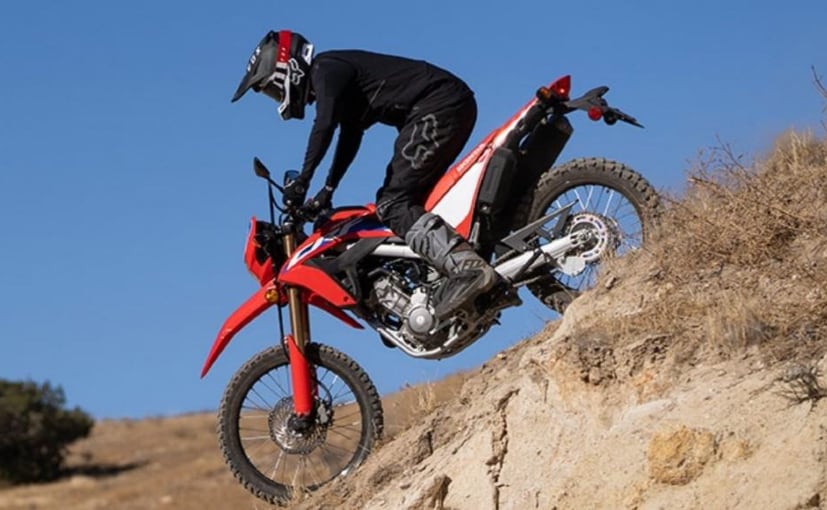 The Honda CRF300L is a dual sport bike, designed from its base as a pure enduro bike, but with legal elements for the road, and designed for the beginner off-road junkie. The CRF300L is powered by a 286 cc single cylinder engine that develops 27 hp at 8,500 rpm and 26.6 Nm of maximum torque at 6,500 rpm. The bike also benefits from a slip clutch and assist, and the gearbox has been updated with a higher sixth gear and shorter gears on all other gears. Honda claims a top speed of 132 km / h, which should be just enough for occasional road service to get to the nearest trails.

With a lightweight package (140kg curb weight), long-travel suspension (260mm travel front and rear), as well as 285mm ground clearance, the CRF300L promises to to be a very capable bisport motorcycle, but not very intimidating. to start riding off-road. The only catch or challenge for the average Indian rider is the 880mm seat height, which is even higher than the Triumph Tiger 900 Rally Pro (850mm seat height). Off-road driving may be resuming in India, and given the success of the Hero XPulse, in theory the CRF300L could find takers in India as well. But the question is, will HMSI really launch the Honda CRF300L in India?

HMSI owns India’s best-selling scooter, the Activa, as well as one of the best-selling 125cc motorcycles in the Honda CB Shine. And if we go by history, registering a trademark in India did not always translate into a product launch in the field. The filing of a patent or trademark in India may relate to a design element, technology or component used by Honda R&D in India.

The next Honda adventure bike in India will likely be based on the 184cc Honda Hornet 2.0.

More importantly, HMSI is already working on a smaller adventure bike, based on the Honda Hornet 2.0 of less than 200cc. In our opinion, it is still early to think of a second adventure bike in the 300cc segment. Any new product that HMSI intends to develop for India will need to be supported by a solid business case and potential sales volumes. In this context, the Honda CRF300L does not seem very likely to be launched in India, at least in the short term. For now, the next adventure bike will likely be the Honda NX200, based on the Honda Hornet 2.0 platform, not the CRF300L.