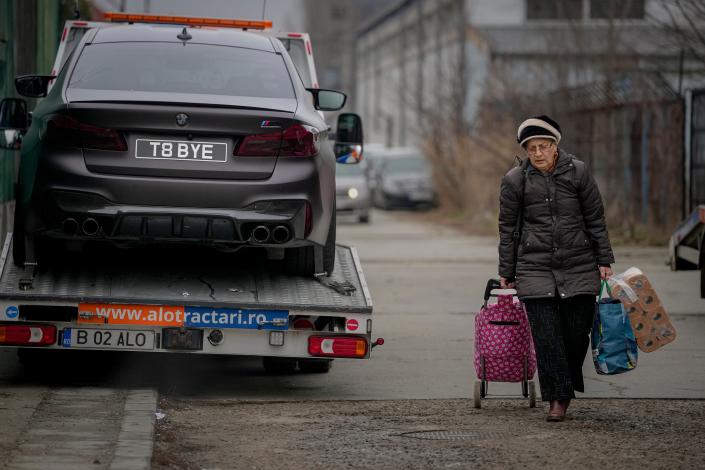 Detectives investigating human trafficking claims against Andrew Tate have seized £3.2 million worth of assets from his home in Bucharest.

Romanian authorities said 29 assets – including luxury vehicles, watches and cash – had been taken from the divisive online personality.

On Saturday, several cars, including a Rolls-Royce, BMW and Mercedes-Benz, were removed from Mr Tate’s property on the outskirts of the capital to be transported to a storage facility.

Mr Tate has been detained on suspicion of human trafficking and rape, which he denies. He was arrested late last year and remains in custody in Romania.

Last week, the British-American lost his bed to end his detention in Romania. Mr Tate was arrested along with his brother Tristian.

The detainees challenged their 30-day warrants, but Bucharest’s appeals court this week rejected the challenge, saying they should remain in police custody.

The authorities suspect that the pair, together with two Romanian nationals, lead “an organized crime group”.

Romanian authorities said they seized goods and cash worth 18 million lei (£3.2 million) as part of a criminal investigation into alleged human trafficking that led to the arrest of divisive internet personality Andrew Tate.

In the past week, the National Agency for the Management of Seized Assets seized 29 movable assets, including luxury vehicles and watches, and several amounts of money in different currencies, it said in a statement late Saturday.

On Saturday, several cars, including a Rolls-Royce, BMW and Mercedes-Benz, were removed from Mr Tate’s compound on the outskirts of the capital, Bucharest, to be transported to a storage facility.

Mr Tate, his brother and two Romanian female suspects were detained on December 29 on charges of forming a criminal gang to sexually exploit six women. They have denied wrongdoing.

Good morning and welcome to our rolling coverage of the Andrew Tate case.

The controversial British-American online personality is being held in Romanian on suspicion of human trafficking and rape, which he denies.

We will bring you all updates as they arrive.