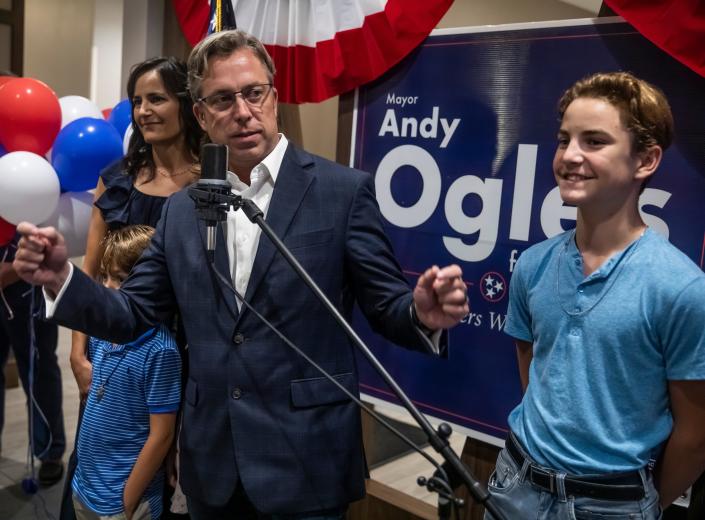 Ogles is now about to turn the 5th, an old Democratic stronghold, after Tennessee’s Republican supermajority once again turned the district into GOP-friendly territory this year.

On the Democratic side, Nashville state senator Heidi Campbell faced no primary opposition and will face the Republican nominee in November’s general election.

Campbell has posted solid fundraising numbers but faces an uphill battle in the redesigned district.

Ogles comfortably wore five of the district’s six counties and took nearly 37% of the district’s vote, with 95% of the votes counted. Former state house speaker Beth Harwell won Davidson County by a decisive margin but did not have the votes elsewhere, trailing Ogles by 10 points.

“I want to thank all the volunteers and supporters who have supported me in my campaign for Congress,” Harwell said in a statement allowing the race. “We fought hard, but just came up short.”

Legislative Republicans ripped the 5th out of a comfortable Democratic stronghold and pushed the southwest district into Republican territory. The new map favors Republicans for eight of Tennessee’s nine congressional seats.

The attempted reclassification sparked a Republican frenzy for the seat when incumbent U.S. Representative Jim Cooper, D-Nashville, announced he would not run for re-election.

Bitter infighting broke out over Republican bona fides this spring when two Tennessee newcomers made high-profile bids for the seat.

In February, former President Donald Trump surprised many by backing Morgan Ortagus, a political newcomer who had not yet announced her own candidacy. Ortagus, who worked in the State Department during the Trump administration, had moved to Tennessee the year before.

Trump’s approval angered another Tennessee transplant, Robby Starbuck, who started a campaign against Cooper before the reclassification effort. Starbuck had received some early approvals from right-wing media personalities and lawmakers.

Consternation over the candidates made its way through the General Assembly, Harwell’s former stomping grounds, leading to legislation to establish residency requirements in the congressional primaries.

The legislation implicitly targeted Ortagus, although Governor Bill Lee effectively neutralized the law for the current election cycle, leaving the legislation unsigned on his desk after the April nomination TBEN.

But within days, the Tennessee Republican Party took matters into its own hands.

The party has removed Ortagus, Starbuck and Nashville businessman Baxter Lee from the vote over bona fide concerns.

Ortagus chose to drop the matter and later backed her up behind Winstead, while Starbuck attempted a failed legal challenge over his removal. He continues to campaign as a candidate for the seat.

Democratic candidate Campbell will run in the general election with more than $400,000 in her campaign coffers and said on Thursday the campaign was ready for any candidate who emerged victorious from the GOP primaries.

“No matter who gets this nomination, the contrast will be clear between our ‘Freedom for Families First’ agenda and a Republican tied to Trump’s extreme MAGA agenda,” Campbell said before the polls closed. .

Speaking to his supporters Thursday night, Ogles took an aggressive tone that sparked cheers from the crowd as he said: “Liberals, we’re coming for you.”

“We are at war. This is a political war, this is a cultural war and this is a spiritual war,” Ogles said. “We need to go back to honoring God and honoring the land.”