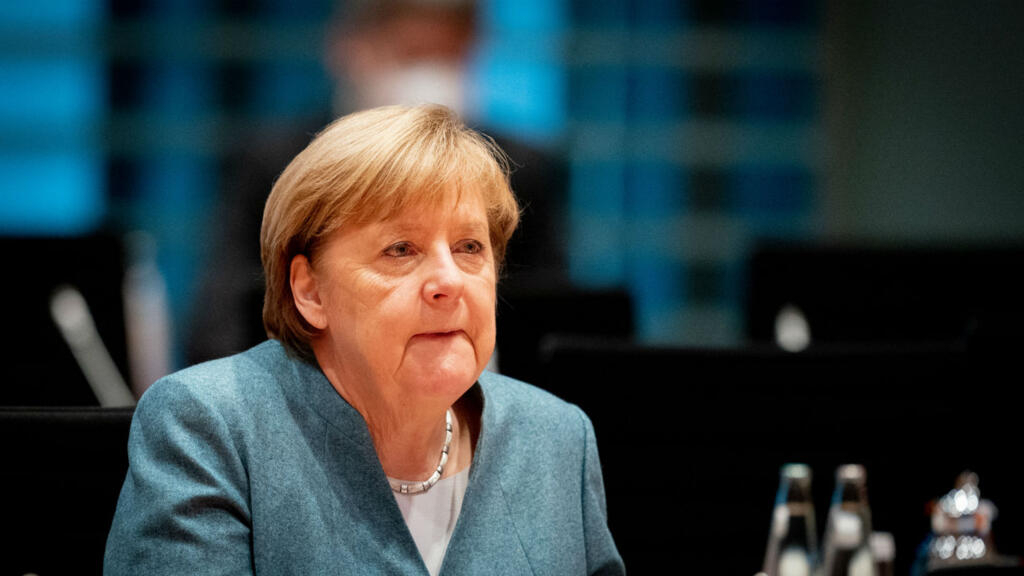 In power for so long that she has been dubbed “the Eternal Chancellor” of Germany, Angela Merkel on Sunday celebrated 15 years as the head of Europe’s leading economic power with her popularity intact and public confidence in her leadership reaching new heights.

Merkel, 66, has said she will step down as chancellor when her current term expires in 2021 with the intention of leaving politics altogether.

At the end of her fourth term, she will equal Helmut Kohl’s record as the longest-serving post-war leader, leaving a whole generation of young Germans without remembering another chancellor.

Calls for her to run for another term can now be heard, however, fueled by the confidence engendered by her continued handling of the Covid-19 outbreak in Germany, where infection levels and deaths have remained lower than those of most European partners.

The vast majority of Germans say they trust her “hammer and dance” strategy of tighter and looser restrictions based on rising or falling infection levels, a move she called “among most difficult decisions of my mandate ”.

For many, the pragmatic and unfazed Merkel served as a welcome counterweight to some of the bravest autocrats in world politics – from Brazilian Jair Bolsonaro to US President Donald Trump to Vladimir Putin in Russia – and many saw her as the real free world ”in Trump’s day.

A Pew Research Center poll last month showed that large majorities in most Western countries “trust Merkel to do the right thing in world affairs.”

With the coronavirus crisis sweeping across the globe, the pandemic has leveraged his strengths as a crisis manager with a head for science-based solutions. A quantum chemist of high training behind the Iron Curtain, Merkel has long been in tune with her electorate opposed to change as a guarantor of stability and prosperity.

His main policy changes reflected the wishes of a changing society – one of which was the phasing out of nuclear power after the Fukushima disaster in 2011 – and firmly shifted his CDU party to the political center.

Merkel’s bold decision in 2015 to keep Germany’s borders open to more than a million asylum seekers seemed set to determine her legacy. Singer-songwriter Wolf Biermann said that Merkel “showed the world the friendly face of human rationality” when she chose not to use “barbed wire, clubs, water cannons, machine guns and guns. tanks to drive thousands of desperate refugees to the German border “.

While many Germans agreed with the move, fears of an influx of immigration also spurred a new far-right party, Alternative for Germany (AfD), which turned national politics upside down.

Extremist European leaders such as Hungarian Viktor Orban accused her of “moral imperialism” by her welcoming stance.

And five years later, the European Union does not appear to be any closer to a unified migration policy.

From crisis to crisis

Time magazine named Merkel “Person of the Year” in 2015, calling her “Europe’s most powerful leader” as she helped lead Europe from Greek bankruptcy to the refugee crisis in response to November attacks in Paris. “Not once or twice, but three times this year, it is questionable whether Europe could continue to exist, not culturally or geographically, but as a historic experiment in an ambitious political art”, writes the magazine . “… Every time Merkel intervened.”

During the eurozone crisis, Berlin championed spending cuts in return for international bailout loans for indebted countries. But angry protesters dubbed her “Europe’s austerity queen” and caricatured her in Nazi costume.

The woman once known as the “climate chancellor” for pushing renewables is now facing a massive movement of young voters urging her to make sure Germany meets its own climate commitments.

Merkel, now the EU and G7’s highest leader, started as a contemporary of George W. Bush, Tony Blair and Jacques Chirac when she became the youngest – and first woman – chancellor of Germany in 2005.

Born Angela Dorothea Kasner on July 17, 1954 in the port city of Hamburg, she was the daughter of a Lutheran pastor and a schoolteacher. His father moved the family to a small parish in the Communist German Democratic Republic (GDR) in the east at a time when most people were moving the other way.

ALSO READ  CDC guidelines not to test asymptomatic people for coronavirus are 'unfortunate' and unlikely to be followed, says Gottlieb

A top student, she excelled in math and Russian, which helped her maintain a dialogue with the other veteran of the world stage, Russian Putin, who was a KGB officer in Dresden when the Berlin Wall hit. fell in 1989.

Merkel kept the name of her first husband, whom she married in 1977 and divorced five years later.

“My heritage shaped me, for example, the desire for freedom during my life in the GDR,” she said on the occasion of the 30th anniversary of reunification.

After the fall of the Berlin Wall, Merkel, who worked in a chemistry lab, joined a pro-democracy group that would merge with Kohl’s Christian Democrats. The Protestant of the East would later be elected leader of a party until then dominated by the Western Catholic patriarchs.

Today, in a turbulent period of multiple global crises, the post-Merkel period looks uncertain. A battle for leadership has dragged on for months, prolonged by the coronavirus epidemic, with the outcome of Germany’s political future still highly unpredictable.

EU vows to crack down on disinformation targeting democracies | TBEN | 03.12.2020