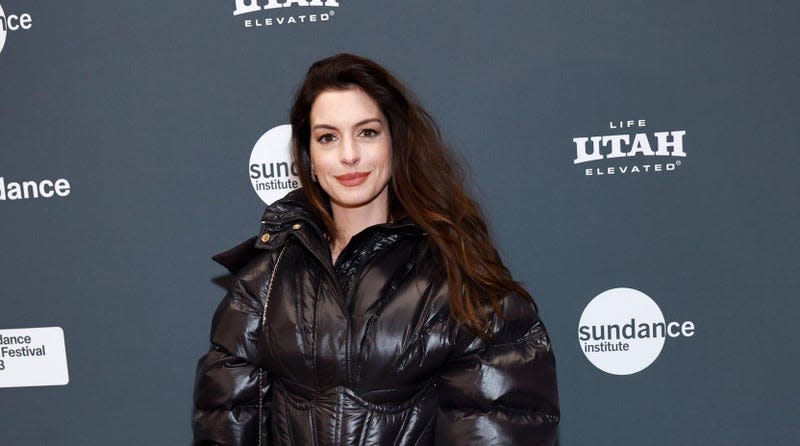 Director William Oldroyd Eileen premiered last night at the Sundance Film Festival, and Anne Hathaway — who directs the film with Thomasin McKenzie — took the opportunity to share how the film relates to a very scary experience she had when she first started acting as a teenager.

As reported by Variety, during a Q&A after the screening, Hathaway shared this story: “I just remembered one of the very first questions I ever got when I started acting and had to do press: are you a good girl or a bad girl?” Hathaway says she was 16 at the time, which presumably means this was during the early days of her one-season TBEN series Get real (with the on-screen debuts for both Hathaway and Jesse Eisenberg), and Hathaway says her “16-year-old self wanted to respond with this movie.”

Hathaway previously spoke about how the screenplay for Eileen, based on the book of the same name by Otessa Moshfegh, impressed her by saying, “I had to sit with this one. I had to go back to it. I had to run away from it. It kept revealing itself to me.” Hathaway also said at Sundance that she was attracted to the project because she wanted to work with Oldroyd. Lady Macbeth (with Florence Pugh in her breakout role) was “an extraordinary work” and a “study of female complications” that moved her “very, very deeply”.

Eileen stars McKenzie (doing what is apparently an impressive Massachusetts accent, as Variety is to be believed) as a prison secretary who escapes from her dreary day-to-day existence when she develops a relationship with a psychologist (Hathaway) that eventually takes a dark turn. Eileen doesn’t have a distributor yet, but… that’s why you take a movie to Sundance.

More from The AV Club

ALSO READ  Pamela Anderson says divorce from Tommy Lee was the 'hardest' time of her life: 'I was crushed'

The Bharat Express News - February 6, 2023 0
While accepting an innovator's award named after him, Dr. Dre on what he had in common with many of the people he saw...