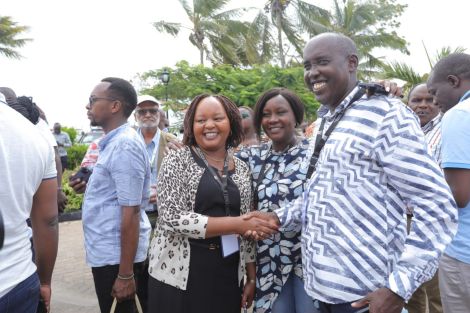 Kinnyiga Governor Anne Mumbi Waiguru has been elected as the new Chair of the Council of Governors (CoG).

The second term governor secured a majority vote to be named the new CoG boss taking over from outgoing Embu governor Martin Wambora.

Waiguru will be replaced by Wajir Governor Mohamed Abdi Mohamud.

Waiguru, who was led by Kenya Kwanza led by President William Ruto, had previously lobbied other governors to back her bid, arguing that her experience as Cabinet Secretary for Devolution made her the most suitable candidate.

“Congratulations, Governor Anne Waiguru, on your election as Chairman of the Board of Directors (COG).

“We continue to break the glass ceiling day by day. Lead us to the next level, my sister,” congratulated Mbarire.

In addition to representing the other 46 governors, she will also oversee a consultation mechanism between the district governments and facilitate capacity building for governors.

The former CS will also lead reports from other intergovernmental forums on national and provincial interests.

During a meeting with the governors in Mombasa, Gachagua expressed the government’s determination to support the decentralized units.

“You can choose your chairman by consensus or any other form you like. I expect us to put our political differences aside and work together. I will work with whoever is elected,” the second commander said.

President William Ruto also pledged to support devolution by working with the National Treasury to ensure early transfer of funds to provinces. 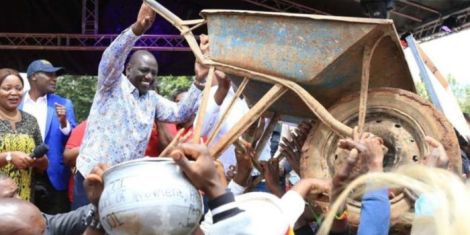 President William Ruto holds a wheelbarrow during his campaign period