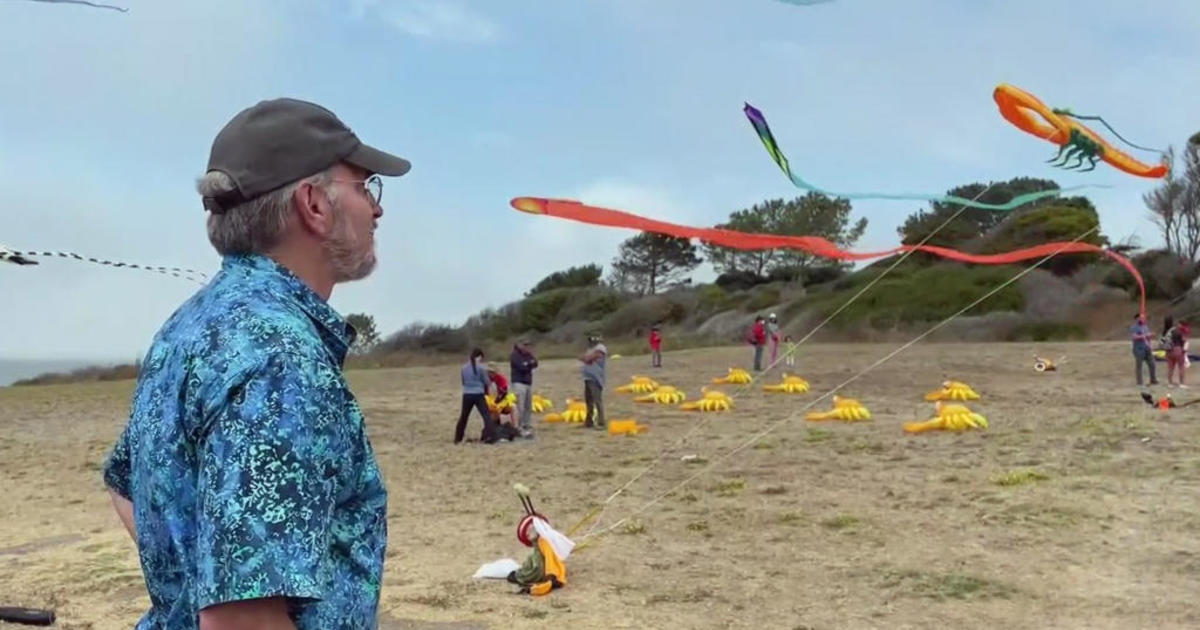 BERKELEY (KPIX) — For more than 30 years, the last weekend in July has been reserved for the Berkeley Kite Festival – a free, annual event that has attracted thousands of spectators. Now the festival has been canceled for budgetary reasons and organizers and the public are not happy about it.

As a young man, Tom McAlister loved kites so much in 1986 that he opened a mobile kite shop called Highline Kites in the Cesar Chavez Park parking lot next to the Berkeley Marina.

“I thought, if I want to make a living sharing my passion for kites… then I have to do something to give back to the community,” he said.

On Sunday, the open meadow was nearly empty and in a corner of the park a few dozen kites fluttered in the wind—an unofficial end to the event McAlister devoted much of his life to.

“It breaks my heart. It breaks my fearless heart,” McAlister said, his voice choked with emotion.

McAlister canceled the festival because the city more than tripled its permit fees to $45,000, which would have doubled the event’s budget. The city told him they could no longer subsidize the gathering by offering free services such as law enforcement, firefighters and guards.

Beverly Griffith, who came from Oakland to watch the kites, thinks that’s shortsighted.

“This is what the people need. It’s a beautiful thing to watch. We’re locked up for COVID for what? Two years, three years — looks like five, you know? … Come on Berkeley, pack it together, ” she said.

“It jumped from $10,000 to $45,000, so an extra $35,000 goes where, exactly? That’s my question,” said Erin Kakhadze of Pittsburgh. She was upset that an event unique to Berkeley would end to save an amount that will barely be noticed in the city budget.

McAlister is hurt that the gift he has given for over 30 years is now seen as an expense rather than an asset to his community.

“I’m an older man now and I see the world differently,” he said. “And part of me is tired and doesn’t want to fight the struggles that such a project represents, but a big part of me is sad, you know? Sad to see it go away forever.”

ALSO READ  It's starting to get hot in here

While looking at the people in the park, he added: “But also happy to see all these people here today.”

The license fees were approved three years ago to address a million dollar debt in the fund that manages the Berkeley Marina. As a result, the July 4th event has also been canceled this year and may not return.