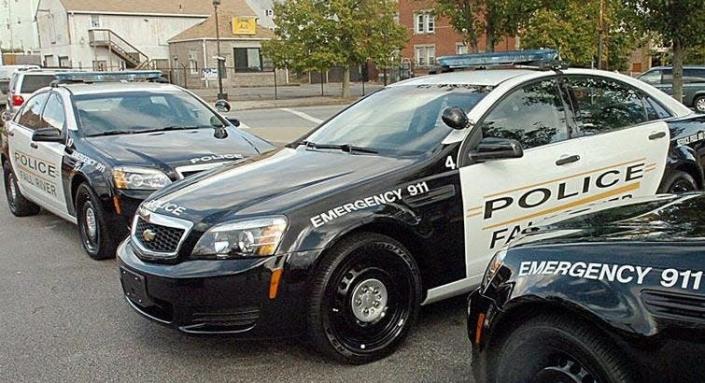 FALL RIVER – Another Fall River cop has been fired, making it the third resignation since January. This time, the dismissal was in connection with an ongoing criminal domestic violence case.

Former patrol officer Bryan Custadio had been on paid leave since November last year after his second of two arrests for domestic violence. He was recently fired after an internal investigation and an officer’s hearing.

“I can confirm that he was released on July 26,” said Fall River Police Department spokesman Sgt. Moses Pereira. “And as for the hearing, the… [hearing] officer weighed all the evidence that had been brought forward and the termination was carried out.”

Custadio was first charged after an October incident. He was arraigned again in February on charges of strangulation, assault with a dangerous weapon while on duty and later destroying evidence. The Herald News makes no mention of alleged victims of domestic violence.

He is free on personal acknowledgment and will return to court on Monday for a pre-trial conference.

Alleged assault happened while on duty

In the November incident, Custadio was in uniform and on duty when he reportedly went to the alleged victim’s residence in his marked patrol car.

The attack was reportedly captured on a home security camera, but after an investigation that included a warrant for the device, Custadio was charged with remotely wiping the data with his cell phone.

His arrest by Somerset Police on daytime OUI charges was the third time the veteran officer had been arrested in six weeks. The first two arrests were related to allegations of domestic violence.

Another incident: Fall River agent and former school board chairman in Somerset charged with assault

After a dangerous hearing, Crook was released on the condition that he enter a 30-day substance abuse treatment facility.

Crook was also sentenced to house arrest with a family member and to wear a GPS tracking device when he completes rehab.

He was given paid administrative leave after his second house arrest.

Crook is due to appear in court again on August 23 for a pre-trial conference.

Michael Pessoa, a 19-year veteran of the Fall River patrol awaiting trial for assaulting and violating the civil rights of three men while on duty, was fired on Jan. 12.

Police Chief Paul Gauvin, who was the interim chief of police at the time, cited a hearing officer’s finding that Pessoa had determined that he had committed “serious violations” of the department’s rules and regulations and that his dismissal was justified.

Pessoa’s trial is scheduled for October 3.

In addition to the criminal case against Pessoa, the city has so far paid out more than $300,000 in civil lawsuits for excessive force with Pessoa being named as the defendant.

Two more civil cases are pending with the name Pessoa as one of the defendants.

Shortly after Pessoa was fired, police, led by Gauvin, fired Patrol Officer Thomas Roberts for lying about arrest reports related to the charges against Pessoa.

In 2019, Roberts and Shaun Aguiar testified before a grand jury that they filed false police reports after the district attorney’s office offered immunity in exchange for testimony.

The pair tried to prevent the district attorney’s office from reporting their grand jury testimony to police chief Albert Dupere.

The Herald News reported the deal and the SJC rejected the two officers’ claim.

Aguiar eventually resigned, but Roberts fought the termination and lost an attempt at a court order to stop the firing.

Patrol officer Nicholas Hoar has been on paid administrative leave since December 2020 following allegations that he assaulted a man in custody at the police station while on desk duty.

Sources, including the alleged victim, William Harvey, allege an FBI investigation into the alleged attack is ongoing.

Harvey recently received a $65,000 settlement from the city for the incident.

Hoar is the police officer who shot 19-year-old Larry Ruiz-Barreto in 2017 in the Fall River Industrial Park after he fired his service revolver six times into the New Bedford man’s windshield. After an investigation, Bristol County District Attorney Tom Quinn ruled the shooting justified.

Ruiz-Barreto’s family is currently suing Hoar, the city and a number of other police officers for wrongful death and violation of Ruiz-Barreto’s civil rights.

Jo C. Goode can be reached at [email protected] Support local journalism and subscribe to The Herald News today!

This article originally appeared on The Herald News: Fall River cop has been fired, making it third this year