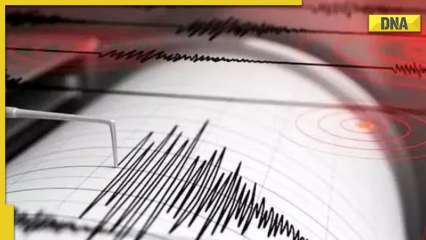 Earlier on Monday, a magnitude 7.7 earthquake shook the southwest coast of Mexico on Monday, killing two people. The earthquake struck after 1 p.m. EST with the epicenter near the shoreline of Michoacan state, CNN reported citing the US Geological Survey Data.

READ | Hijab row in Iran: Islam must be reformed from within, writes Pakistani journalist Arzoo Kazmi

Strong tremors were felt in nearby Colima, which is about 100 kilometers (62 mi) from the epicenter, while mild to moderate tremors were felt in Mexico City. In addition, several buildings have been closed by the fire service, according to media reports, due to concerns about collapse.

One person died at a mall in Manzanillo in western Colima state after a fence fell, the city’s mayor, Claudia Sheinbaum, told CNN. According to USGS, the quake struck about 37 kilometers southeast of the city of Aquila at a depth of about 15.1 kilometers, after which a Tsunami Warning was issued immediately.

ALSO READ  Is it the year of Mexico?

However, the Pacific Tsunami Warning Center said the tsunami threat is largely over as the latest readings showed a decrease in wave heights. In particular, the Mexican Pacific coast is located in the so-called Ring of Fire, also known as a seismically active zone that is often hit by powerful earthquakes.