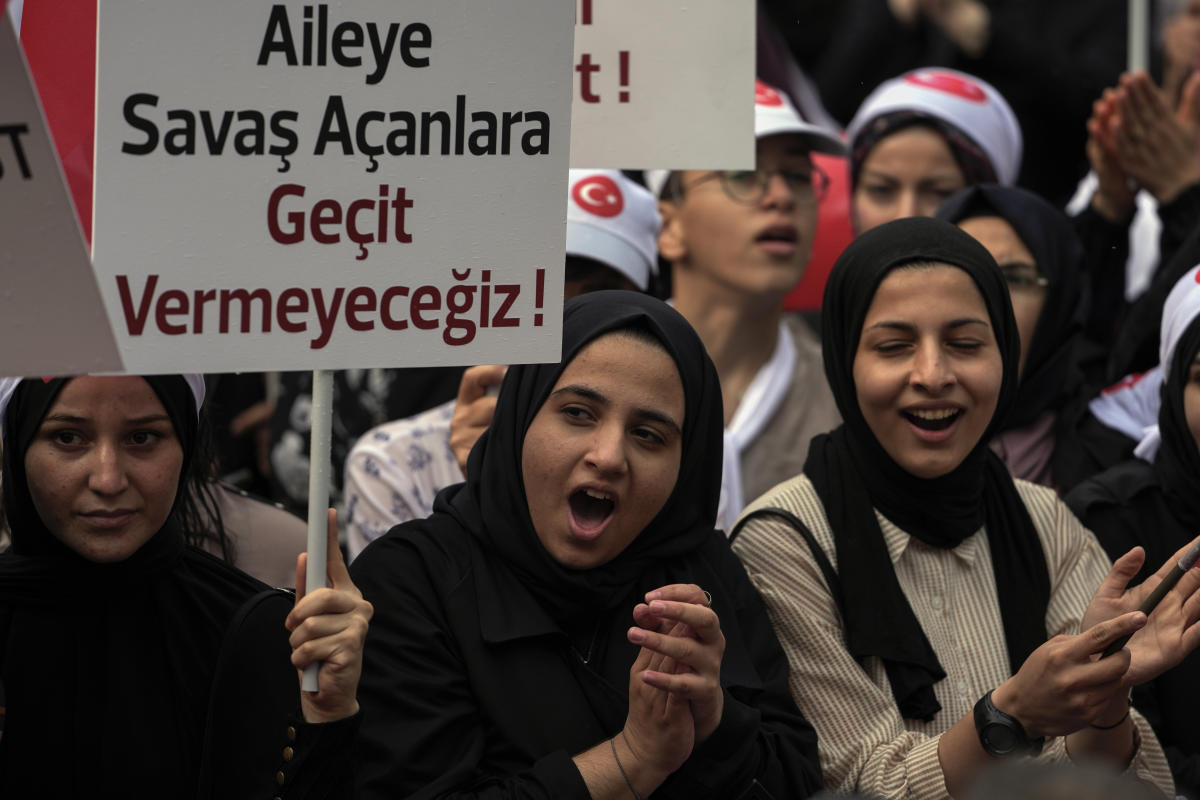 ISTANBUL (TBEN) – A conservative anti-LGBTQ group marched in Istanbul on Sunday to defend what they describe as traditional family values ​​during the largest demonstration of its kind in Turkey.

Several thousand people joined “The Big Family Gathering” to demand that LGBTQ associations be closed and their activities banned.

Kursat Mican, a speaker for the organizers, said they had gathered more than 150,000 signatures to demand a new law from the Turkish parliament that would ban LGBTQ propaganda, which they say permeates Netflix, social media, arts and sports. .

Hatice Muge, who works as a nanny, came to the meeting from Bursa province.

The group held banners that read: “Protecting the family is a matter of national security.”

LGBTQ parades have been banned in Turkey since 2015.

Ahead of Sunday’s demonstration, organizers distributed a video depicting images of past LGBTQ Pride marches in Turkey. The video has been included in the Turkish media watchdog’s list of public announcements.

The video and demonstration sparked outrage from LGBTQ associations and other rights groups. Istanbul Pride organizers called on the governor’s office to ban the event and authorities to remove the video, arguing it was hateful.

ILGA Europe, which works for LGBTQ equality, tweeted that it was deeply concerned about the risks of violence.

“The Turkish state must fulfill its constitutional obligation to protect all its citizens from hatred and violence,” he said.