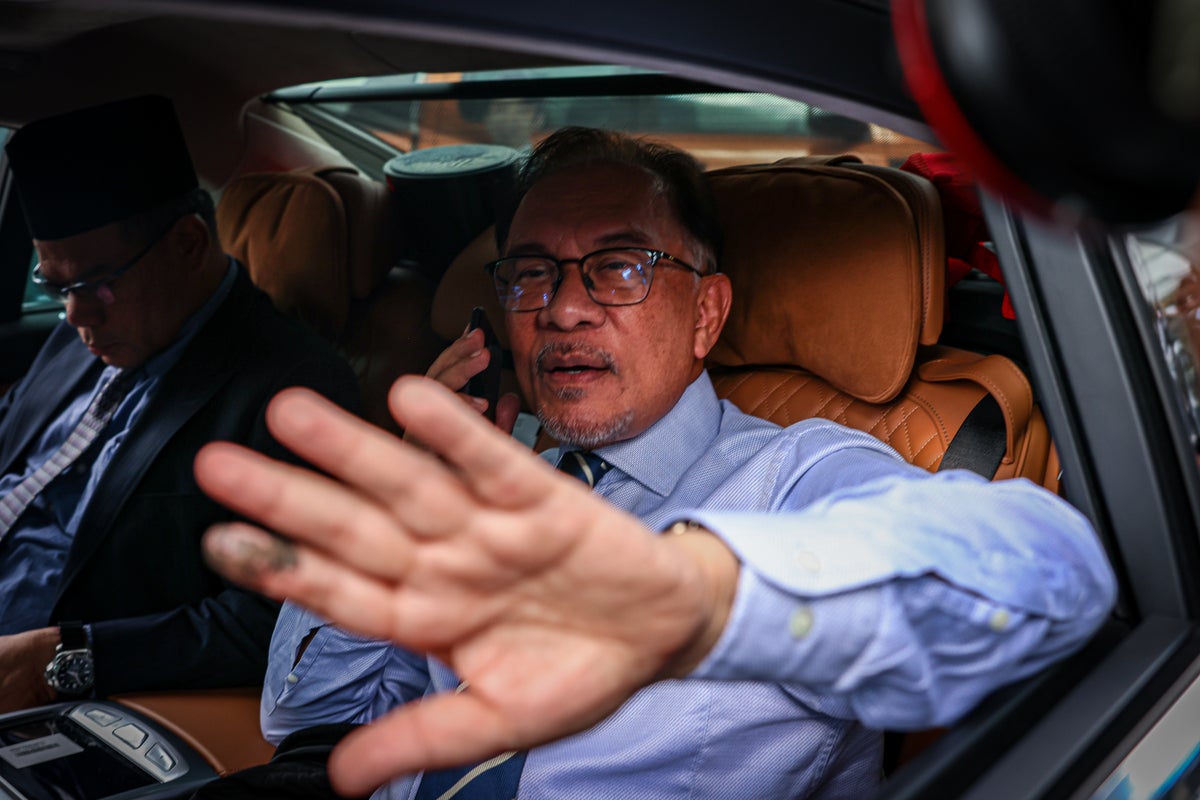 He will be sworn in at 5pm local time (09am GMT), King Abdullah Sultan Ahmad Shah said.

Mr Ibrahim’s Alliance of Hope led Saturday’s election with 82 seats. However, it fell short of the 112 needed for a majority, leading to a hung parliament that sparked yet another leadership crisis in Malaysia, which has had three prime ministers since 2018.

The stalemate was resolved after the long-ruling bloc led by the United Malays National Organization (UMNO) agreed to support a government of national unity under Ibrahim. Such collaboration was once unthinkable in Malaysian politics, long dominated by rivalry between the two sides. Other influential groups on the island of Borneo have said they will follow the king’s decision.

“His Royal Highness reminds all parties that the winners don’t win everything and the losers don’t lose everything,” the palace said in a statement. The monarch urged Ibrahim and his new government to be humble, saying all opposing sides should reconcile to ensure a stable government and end the political turmoil in Malaysia, which has been raging since the polls 2018 has led to three prime ministers.

The palace’s statement said the king was satisfied that Ibrahim is the candidate likely to be supported by the majority, but did not provide details about the new government.

Police have tightened security across the country as social media warned of racial issues amid his rise.

ALSO READ  Brazilian Grand Prix 2022: What time does the F1 race start, which TV channel is it on and what are the chances?

However, his ascent is expected to allay fears in the multi-racial nation about greater Islamization under Mr Yassin and spark hope that reforms for better governance will resume.

Earlier, the UMNO reversed its decision to remain in opposition, saying it would comply with the King’s proposal for a government of national unity.

UMNO Secretary General Ahmad Maslan said today that the party’s highest decision-making body has decided to now support a unity government not led by Mr Yassin’s camp. He said the party will accept any unity government or any other form of government decided by the king.

UMNO has 26 seats and four others are held by constituent parties in the National Front alliance. It is unclear whether the other party members agreed with UMNO’s decision.

But PAS leader Abdul Hadi Awang refused to admit defeat and urged his followers to remain calm. “We are on it. We are still in charge. They are planning. Allah is planning. We are on the right side. God willing, we will be protected, the land will be protected” , he wrote on Facebook.

Earlier in 2018, Ibrahim’s reformist alliance won the election that led to the first regime change since Malaysia’s independence from Britain in 1957.

But the government collapsed after Mr Yassin defected and joined hands with UMNO to form a new government. Mr Yassin’s government was beset by internal rivalries and he resigned after 17 months. UMNO leader Ismail Sabri Yaakob was then chosen as prime minister by the king.

Many rural Malays fear that they will lose their privileges with greater pluralism under Anwar. Fed up with corruption and infighting in UMNO, many chose Muhyiddin’s bloc in Saturday’s vote.

Additional reporting from the threads