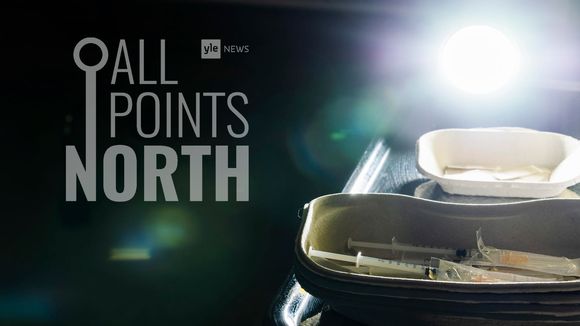 Vaccines are rolling out around the world as countries seek to stop the spread of Covid-19, so this week’s All Points North takes a look at how Finland is handling things.

Hanna nohynek from THL said that if everything goes according to plan from now on, it is possible that most people will be offered a vaccine before the Midsummer Holiday.

You can listen to the full podcast through the built-in player here or through Yle Areena, Spotify, Apple Podcasts or your usual podcast player using the RSS feed.

The article continues after the audio.

But that’s a big if, after the startup problems of the past few weeks. She told us that buying vaccines was the biggest problem.

“We have received the number of doses we expected to receive of the Pfizer-BioNTech vaccine, and there has been a delay in the authorization of the AstraZeneca adenovirus vaccine,” Nohynek said.

“They expected to receive it at the end of last year and we could deploy it. [But] as you know, the European Medicines Agency will discuss this during the fourth week of January. “

We also heard Pirta hotulainen, who is part of a group of scientists and doctors calling for a so-called “zero Covid” strategy.

“The new virus variants create a new situation,” Hotulainen said. “Because I think we were all waiting until we were all vaccinated and everything would be fine. But now if the new variants arrive in Finland the threat is that they will start to spread very aggressively and in this case, we should remove them.very aggressively as well, because we could end up in a situation like Ireland is today where new cases are only going up. And it is very difficult to control this situation, we have to therefore act before being in this crisis. “

Also on this week’s show, we talk about the bitterly cold weather and ‘snowmageddon’ in southern Finland, anticipate the upcoming local elections in April, and provide the usual roundup of the main articles from the week.

This week’s show was presented by Egan Richardson and Ndela Faye. The producer was Mark B. Odom and the sound engineer was Anders Johansson.