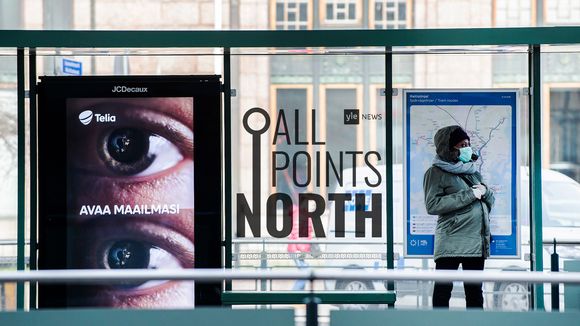 All Points North continued its coverage of the local election this week by examining the challenges faced by candidates with an immigrant background.

Unfortunately the prime minister Sanna Marin couldn’t join us for his interview this week as scheduled, but you can listen to what the other eight party leaders had to say in the links below this article. Marin’s office has promised to postpone.

You can listen to the full podcast using the built-in player here or via Yle Areena, Spotify, Apple podcasts or your usual podcast player using the RSS feed.

The article continues after the audio.

In the last municipal elections in 2017, the turnout varied considerably by ethnic group. Among native Estonian speakers, the turnout was 11.1%, while around 53% of Somali speakers voted.

Among Finnish speakers the figure was 58.9 percent and around 70 percent of Swedish speakers voted.

There are fewer candidates and voters from minorities, and this affects decision-making.

Searcher Josefina sipinen told us that people of foreign descent want to get involved as candidates – they just need a little encouragement.

“A lot of people might be willing to join if asked, that’s very clear in my study,” Sipinen said. “[It’s clear] that migrants more often than natives lack the encouragement they need. “

“Only the voices of voters are heard”

Language may be a barrier for some, but Sipinen has found clear indications of what it would take for parties to recruit a more diverse range of candidates.

“Even if you are fluent in Finnish you would think it’s okay, maybe I don’t have the necessary experience,” said Sipinen. “I haven’t lived here that long, am I welcome, how do native voters welcome me as a candidate, what kind of public attention do I get, is it more negative that positive. Migrant candidates therefore need more pressure and attraction from parties, and their own networks. “

That said, there is a clear benefit to getting involved. Sipinen said that diverse decision-making improves the decisions themselves and makes the voices of certain groups heard – but self-interest is the main motivator for anyone to vote.

“So we know that migrant voters have certain issues that are important to them and that they are not heard in the decision-making unless they are there,” Sipinen said. “Only the voters’ voices are heard in decision making. If you don’t participate, then the parties don’t really care about you and your group.”

Sipinen’s thesis, Recruitment of candidates of immigrant origin in Finnish municipal elections, will be defended on April 24.

This week’s show was presented by Egan Richardson and Zena Iovino. It was produced by Mark B. Odom while the sound engineer was Laura Koso.