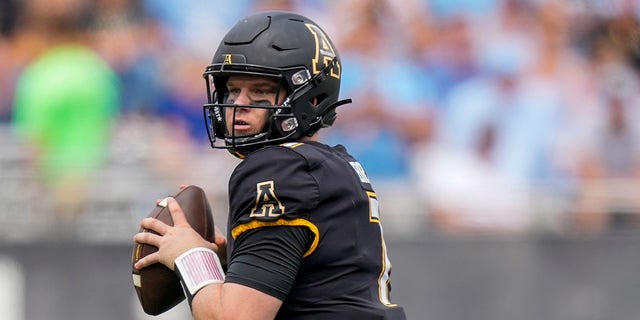 Appalachian State football has made some crazy headlines every week of the college football season.

In Week 1, they scored 40 points in the fourth quarter, but it wasn’t enough in their 63-61 loss to the UNC Tarheels.

Last week, they traveled to Texas A&M, which was ranked No. 6 in the country, and caused a stunning upset (giving Michigan fans some horrific flashbacks of 2007).

Of course they had to challenge last week’s win – and they did.

UNWRITTEN APPALACHIC STATE SHOCK NO. 6 TEXAS A&M WITH DISRUPTED WIN ON THE ROAD

Trailing 28-26 with two seconds to go, all the Appalachian State had was a Hail Mary from their own 47-yard line.

Well, Chase Brice launched a downward field that was deflected but found Christian Horn’s hands. Horn dodged a pile and ran to the right pylon, crossed the goal line and gave the Mountaineers a 32-28 win.

Troy had the ball four points higher with 25 seconds to go, but on the 4th and 1st of their own 11 they chose to turn back the clock and take a safety.

Troy’s free kick was from their own 20 and the Mountaineers returned to their own 47.

ALSO READ  President Biden: 'The pandemic is over'

ESPN’s “College GameDay” traveled to Boone, NC for the first time on Saturday, making it a historic day for Appalachian State. The ending certainly lived up to the pregame hype.

It just gets crazier for the Mountaineers.