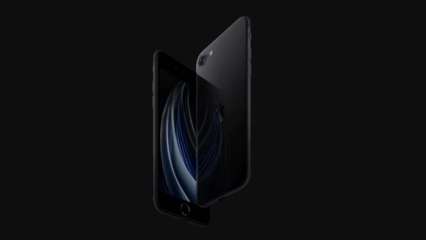 Apple is now likely to launch a new iPhone SE and AirPods Pro 2 in April 2021, according to a new report from MacOtakara.

However, the post did not provide additional launch information or product details.

Targeting mid-segment Android users as well as ambitious iPhone seekers, Apple introduced the iPhone SE in India in 2020. The company introduced the product to the Indian market for just Rs 42,500.

The iPhone SE sports the same 4.7-inch Retina HD display and design as the iPhone 8. However, the body is now metal as opposed to a glass back. The display supports Dolby Vision and HDR10 playback. It uses Haptic Touch for quick actions like animating Live Photos, previewing messages, rearranging apps, etc.

In keeping with tradition, Apple did not reveal the size of the RAM, but did confirm that the phone will be available in 64GB, 128GB and 256GB storage models.

For the camera, Apple used a single-camera system in the iPhone SE with a 12-megapixel f / 1.8 aperture wide-angle lens. The company claims the phone uses A13 Bionic’s image signal processor and neural engine to unlock even more benefits of computational photography, including portrait mode, all six portrait lighting effects, and the Depth Control. 5 Using machine learning and monocular depth estimation.

The rear camera also supports 4K videos up to 60 fps and extended dynamic range to highlight details up to 30 fps. In terms of connectivity, the new Apple iPhone SE will support dual SIM. This will follow the same eSIM and physical SIM technology inside. In addition, Wi-Fi 6 and Gigabit LTE will be supported.

According to bgr.in, it might prove difficult for Apple to recreate this for the 2021 variant of the device, as people wanting a smaller phone can now also get the iPhone 12 Mini, which has much better specs than iPhone SE. (2020) and modern design.

The original SE launched in 2016 and its follow-up launched four years later in 2020. Apple users should wait and see what the company has planned for its budget smartphone series. As for the AirPods Pro 2, it is not yet final whether Apple will launch them or offer a cheaper and lighter version.

As for the AirPods Pro 2, it is not yet final whether Apple will launch them or offer a cheaper and lighter version.