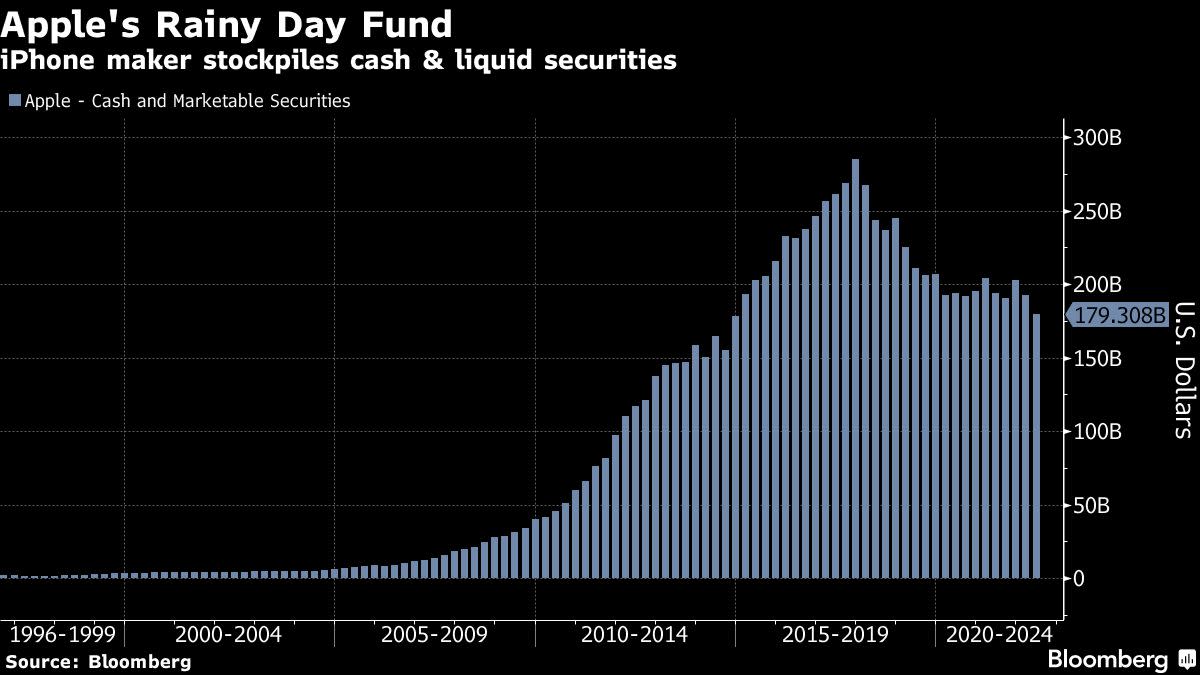 (Bloomberg) — Apple Inc. enters the market for high-quality bonds with a sale in no less than four parts.

The longest portion of the offering, a 40-year security, could yield about 150 basis points over U.S. Treasuries, according to one person familiar with the matter.

Proceeds from the sale will be used for general corporate purposes, including to fund share buybacks and dividends, said the individual, who asked not to be identified as the details are private.

The sale comes after the US primary investment grade bond market came back to life in the second half of July amid a credit market rally. Many of the major banks made large debt sales after reporting gains, pushing supply ahead of expectations for the month. Momentum is expected to continue this week, with Wall Street’s syndicate bureaus forecasting about $30 billion in new high-quality bonds.

Apple, one of eight companies selling new high-quality bonds on Monday, appears to be benefiting from recent stability and relatively cheaper financing costs in the corporate market. Returns on Bloomberg’s benchmark investment-grade index hit a nearly two-month low on Friday.

The iPhone maker’s stock of cash and cash equivalents stands at nearly $180 billion, while it has paid out about $14 billion each in dividends over the past three years.

In December, Apple’s long-term credit was upgraded to Aaa by Moody’s Investors Service, placing it in an exclusive club with Microsoft Corp. and Johnson & Johnson as the only US companies in the S&P 500 with the highest possible creditworthiness.

(Updates with some high-quality deals, Bloomberg Intelligence comments from the fifth paragraph.)

Why These 3 Pharmaceutical Giants Lost Billions In Market Cap This Week?