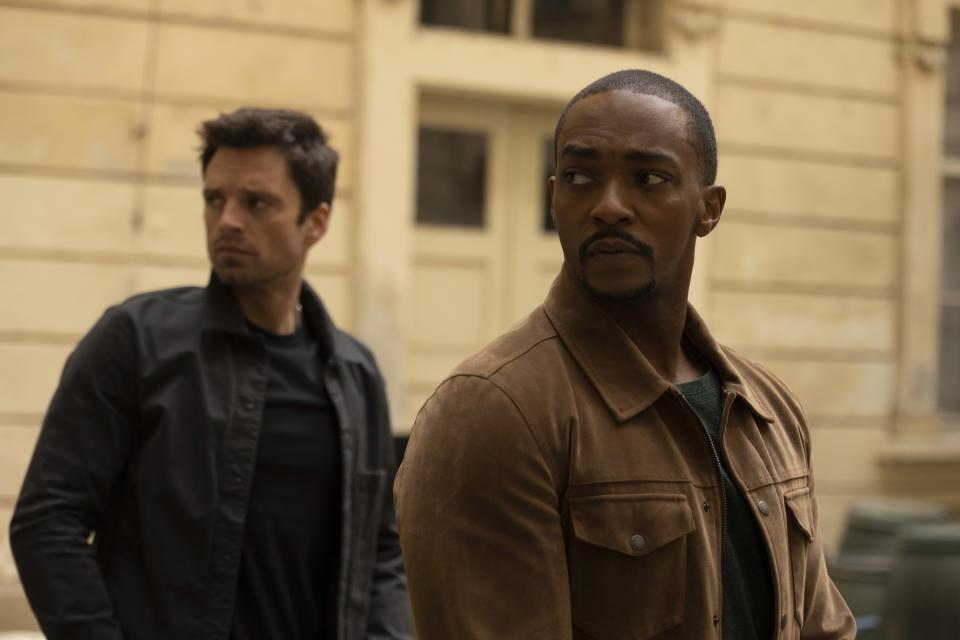 Right now, there is a short-lived mystery in Falcon and the Winter Soldier as to the identity of the mysterious villain, the Power Broker, apparently behind all of the events of the series. While this could be a whole new face and presence, it could also be someone we know.

I have my own theory, and one that could be validated in the strangest way possible, thanks to a rule on product placement.

So my theory from the end of the last episode that Sharon Carter (Emily Van Camp) is actually the Power Broker. I mean, she’s already a somewhat influential figure in the criminal underworld there, and she has every reason to hate SHIELD now that they’ve definitely disowned her. Sam comments on “everything she’s been through”.

So, what could have validated this theory?

I found this through Apple Insider, but it’s one thing fans have spotted.

Rian Johnson was interviewed about Knives Out a year ago and had a funny side about when Apple will let you or won’t let you use its onscreen phones:

“Apple, they let you use iPhones in movies,” Johnson said, “but – and this is very important – if you’re watching a mystery movie, the bad guys can’t have an iPhone in front of the camera. “

Well, in Falcon and the Winter Soldier, Sam, Bucky, and Torres are all shown using iPhones on camera. Sharon Carter also has a phone that is… not an iPhone. As such, the idea is that she’s a villain, which is why she’s been given another brand of phone to use. You can’t have the evil Power Broker using an iPhone after all!

This is … hardly a confirmation, and there is no rule that all non-iPhone users must be bad guys, it’s just bad guys… can’t be iPhone users. But between that and the general clues to the story itself, I’m still a firm believer that Carter is the power broker. We could find out more next week here, as the series only has three more episodes to further its plot, and they may not be recording the Power Broker reveal for the very last minute, at this rate. Stay tuned and we’ll find out together.