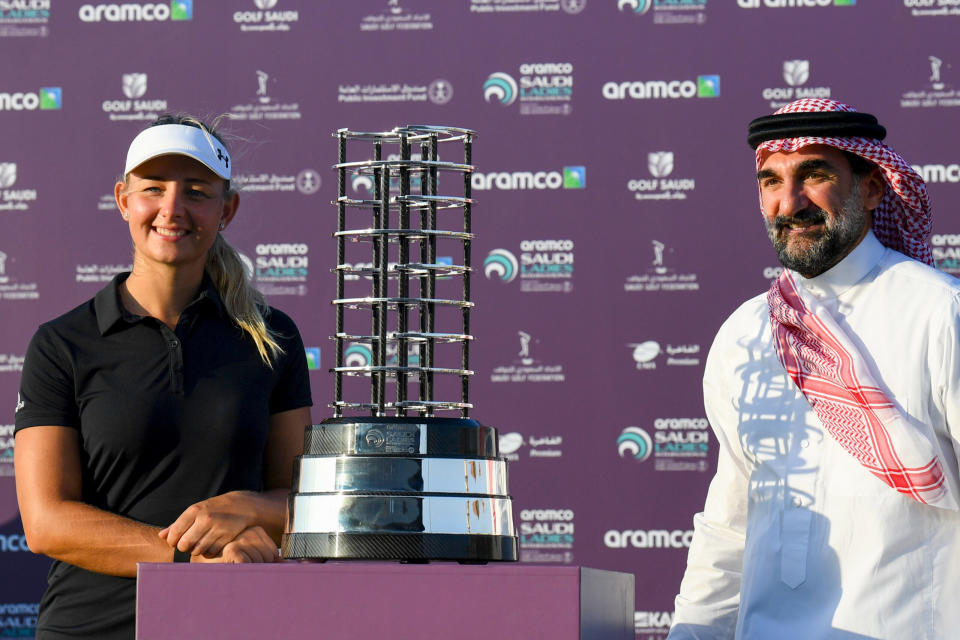 Presented by PIF, the Aramco Saudi Ladies International will feature a $5 million purse in 2023, up from $1 million this year, the Ladies European Tour has announced. The scholarship will now be equal to that of the PIF Saudi International for men on the Asian Tour.

The 2023 tournament will take place from February 16-19 at the Royal Greens Golf and Country Club in King Abdullah Economic City and will include a field of 120 players from the LET, Rolex Rankings and sponsor exemptions. The winner will receive $750,000.

ALSO READ  How Would Sophia Schubert Spend CME's $2 Million Payday? She would steal a move from Arnold Palmer's playbook

Georgia Hall won this year’s edition. The 2023 Aramco Saudi Ladies International will be held the week before the Honda LPGA Thailand.

“The increased scholarship for the Aramco Saudi Ladies International presented by PIF is a milestone for our tour and for women’s sports worldwide,” LET CEO Alexandra Armas said in a statement. “It will grow the tournament in every way, from its purpose and impact on social change to delivering exceptional experiences for fans and for players at the event and in the community. This is a message to all young women that golf is for them and that they can pursue the sport as a passion and as a career.”

In addition to the Aramco Saudi Ladies International, the 2022 LET schedule also featured the Aramco Team Series, made up of five events hosted around the world. Winners of those events this year include Manon De Roey, Bronte Law, Nelly Korda and Lexi Thompson. The final event in the series takes place this week in Saudi Arabia.

The LET’s Saudi-backed events remain controversial given the widespread human rights abuses that Saudi Arabia is accused of, especially against women.

On Tuesday at the Pelican Ladies Championship in Belleair, Florida, officials announced that next year’s renamed event – THE ANNIKA powered by Gainbridge in Pelican – will feature a $3.25 million purse, the largest to tour outside the majors and the season-ending CME Group Tour championship.