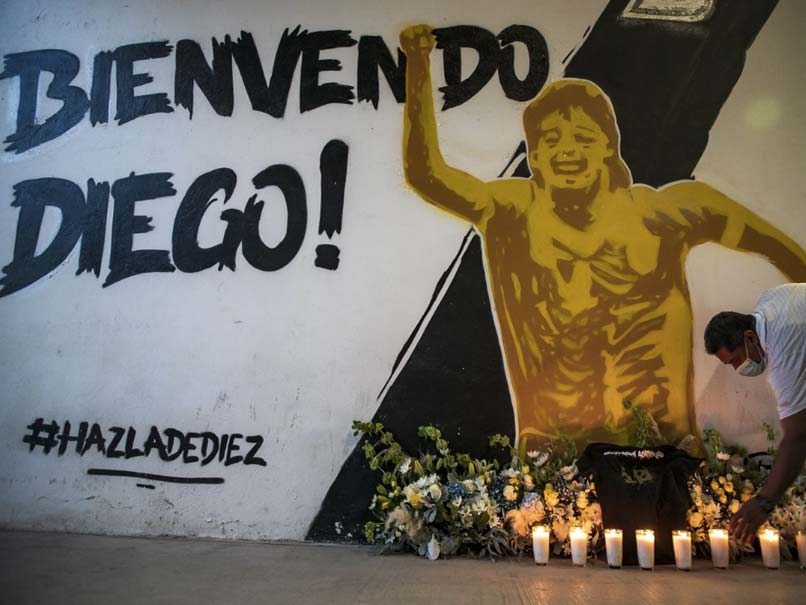 Argentina’s prosecution will convene a medical committee on March 8 to decide whether football legend Diego Maradona received proper treatment before his death, legal sources said on Tuesday. Maradona died of a heart attack on November 25, weeks after undergoing brain surgery on a blood clot. Investigators are trying to determine whether or not there was negligence in Maradona’s health care before her death. Nine experts will be called on March 8, including forensic pathologists who participated in Maradona’s autopsy.

The public prosecutor of San Isidro, a suburb of the capital Buenos Aires, also called on Thursday two other witnesses to appear before investigators: a nursing coordinator and the doctor in charge of coordinating the home care of Maradona during the days. preceding his death.

Five other people, including neurosurgeon Leopoldo Luque and psychiatrist Agustina Cosachov, are already being investigated as part of the manslaughter investigation.

Two of Maradona’s daughters – Gianinna, 31, and Jana, 24 – will also appear before prosecutors on Thursday.

They accused Luque of being responsible for the deterioration of Maradona’s state of health.

A first autopsy performed on the day of Maradona’s death revealed that he had suffered from fluid in his lungs, with acute heart failure caused by disease of the heart muscles that made it harder to pump blood. His heart was twice the normal size.

Maradona is an idol to millions of Argentines after inspiring the South American country to its second World Cup triumph in 1986.

An attacking midfielder who spent two years with the Spanish giants Barcelona, ​​he is also loved in Naples where he helped Napoli win the only two Serie A titles in the club’s history.

He was the coach of Argentina’s high-flying team Gimnasia y Esgrima when he died.

He had celebrated his 60th birthday on October 30 at the club, but looked in poor physical health and seemed to have trouble speaking.

Sources close to Maradona said he suffered from depression during eight months of coronavirus restrictions, which confined him to his home as he was considered a person at high risk.

Maradona suffered from liver, kidney and cardiovascular problems when she died.

He had struggled with cocaine and alcohol addiction during his life.

IND vs ENG: You are both very important assets for the Indian team, Rohit Sharma aka Rishabh Pant, Washington Sundar. Watch | ...