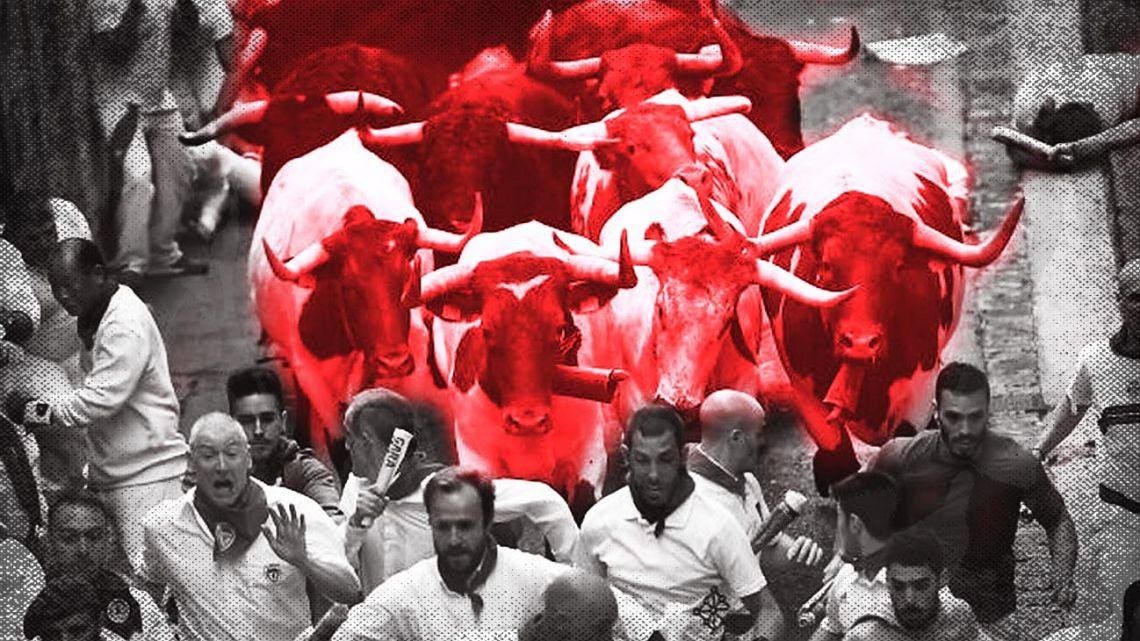 About 30 months after he took office, the country found itself in a desperate economic situation, with a troubling run on the peso and a faltering economy given the lack of reserves in the Central Bank’s coffers. The underlying problem, as usual, has been a total lack of confidence in the government’s ability to formulate and execute a credible economic plan, especially at a time of global tensions that inevitably hit Argentina. When then-President Mauricio Macri passed the point of no return, he announced via televised comments that he had instructed Economy Minister Nicolás Dujovne to seek an emergency aid program at the International Monetary Fund, then headed by Christine Lagarde. What remained of Macri’s presidency was a nation that was on high alert as the peso’s value continued to fall and a series of rotating officials who ran key economic institutions introduced emergency measures that would allow the government to end its constitutional mandate in flames, the first non-Peronists. to do this since the return of democracy in 1983.

That was then. Coincidentally, President Alberto Fernández has been hit by a crippling run on the peso that stretched for several weeks during the 30th month of his presidency as a depleted economic model failed to generate central bank confidence and reserves. And it comes at a time when a global risk reassessment threatens to push advanced economies – and with it the rest of the world – into recession territory, with high inflation and intense geopolitical risks, including an ongoing war sparked by the Russian invasion. from Ukraine. Argentina faces an incredible opportunity to capitalize on its natural resources, but record agricultural exports have not translated into a burgeoning general economy as a rebound in industrial sectors is stifled by a lack of dollars for investment and imports, while the Galloping inflation destroys workers’ purchasing power. The question everyone is asking today — including vice president and opponent-in-chief Cristina Fernández de Kirchner — will President Alberto Fernández endure, whether the crisis will create some sort of institutional crisis that will force him to call or sideline early elections. to go .

At the Central Bank, Governor Miguel Ángel Pesce seems to have a first answer. Shortly after imposing new and tougher currency restrictions, Pesce indicated that the current market stress should be resolved by October, when the brunt of the cold winter weather is behind us and energy demand is falling. Only a little over three months left! Pesce’s explanation is that energy imports rose from $200 to $900 million to $1.6 billion in May and over $2 billion in June, largely as a result of the war in Ukraine. “Excluding energy imports,” he told Jorge Fontevecchia in his daily radio show Modo Fontevecchia“[Imports] are on the order of $6 billion [per month]which equates to $72 billion year-on-year, compared with exports of more than $80 billion and could reach $90 billion, a level that would support stability in foreign exchange markets.” and indicated that a recent bond auction in which Guzmán (before he quit) rolled off debt and even achieved net financing in pesos was a “positive result.” Since the implementation of that round of currency restrictions, Pesce’s central bank has had such a Raised $1 billion in reserves from market transactions, many of which she has since burned in the heat of a serious run on the peso.

Pesce’s extreme pragmatism rests on his ability to curb the dollar-peso exchange rate through increasingly restrictive measures, which by definition will stunt economic growth. As explained by economist Julieta Collela, Guzmán was indeed successful in his last few bond auctions, but at an ever-increasing price. The former Ministry of Economy was forced to increase the interest paid to investors while shortening the maturity of the instruments on offer while begging and somehow forcing both private banks and public institutions to pay more and more peso-denominated to take up paper. This happened along with an increase in money printing, which is beginning to harass the IMF. In their latest quarterly statement, they indicated that “a more disciplined spending management” [is needed] for the second half of 2022” including “streamlining spending on goods and services, transportation subsidies, and discretionary transfers to counties and state enterprises,” while calling for “prudent payroll” for federal employees and lower pension spending, which should happen automatically given the current formula, unless the government of Fernández-Fernández (and Massa) intervenes on a discretionary basis, as expected. A challenge for newly minted Economy Minsiter Silvina Batakis who already seems to be on her way out, with Sergio Massa eager to replace.

The questions are all related. While Pesce was right when he said increased energy demand will decline, he was not taking on board the political class’ inability to effectively build a major infrastructure project that would aggressively reduce foreign energy demand and therefore the need for hard currency: the gas pipeline stretches from Vaca Muerta to Buenos Aires. This failure spans all the governments of Cristina-Mauricio-Alberto. There is also an impossible energy policy that Guzmán has failed to unravel, largely due to opposition from the political organization La Campora, which is responding to Cristina. Will Batakis or her successor be given the political margin to succeed? Key imports to keep the economy running, private sector debt and increased tourism spending are all contributing to the strain on the Central Bank’s limited reserves. And no one should ignore the international context, where beyond the war there is a massive disruption in global supply chains coupled with the until recently expansive monetary policy that is undoubtedly increasing inflationary pressures. Some, like doomsday economist Nouriel Roubini, are already predicting a massive stagflationary crisis that could rival the global financial crisis of 2007-2008.

However, all this pales in comparison to Argentina’s decades-long political decline, making it even more vulnerable in the face of a critical situation. One of the main exponents of this decline is Cristina Fernández de Kirchner, who, along with Macri, built a political career based on antagonizing each other and fueling the polarization of the country. After electing a president of her own choosing, Cristina sat down with opposition economist Carlos Melconian, who formulated a macroeconomic plan that he believes is structured to serve the next president, regardless of their political orientation. They were both criticized for holding that meeting, but it’s a good message in these days of absolute rejection for everyone on the other side of the aisle. Outside of the election calendar, a boost of confidence is desperately needed, even as Cristina and Melconian play for themselves. On the economic side, Guzmán may have been right when it came to macro numbers, but it’s hard to see how they will make it, even barely, as Macri did, without regaining some credibility. Batakis is already failing at it.

This one part was originally published in the Buenos Aires timesArgentina’s only English language newspaper.