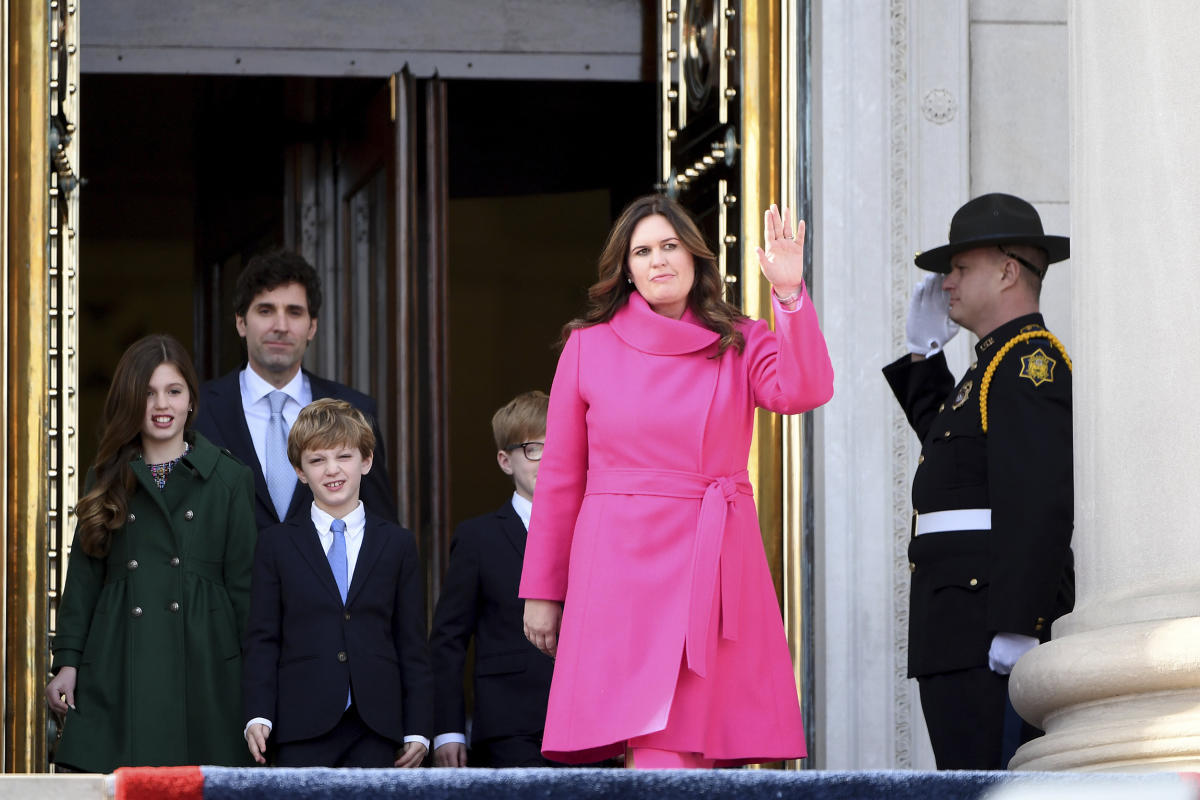 At a Friday morning meeting of the Hispanic Women’s Organization of Arkansas, Director Margarita Solorzano found herself having to divert the meeting from chatter about the new governor’s ban on the term “Latinx” in government affairs.

“I asked them not to get distracted because other things are happening in the state,” Solorzano told NBC News.

The executive order, signed by Republican Governor Sarah Huckabee Sanders, surprised Solorzano as well as other Latinos in the state. She viewed the ban as “political noise”.

“We use ‘Latino’ or ‘Hispanic’ in our daily work,” she said of the terms her organization uses. “With regard to the [word] Latinx, I know [it] is important to some people, but it is not necessarily the general feeling of the immigrant or Latino population. They have other, more pressing things to attend to: people are concerned about surviving each day and making sure they take care of their families.”

Of the ban, she said: “It’s not the concern of the clientele we serve.”

Solorzano was more focused on what the governor had in mind for issues she felt need more attention, such as education, access to health care and the justice system.

ALSO READ  New poll 2024: Trump way ahead of DeSantis, but poll has good news for both

Irvin Camacho, 30, a community rights organizer, said the ban “just caught me off guard that they would go after something that isn’t that important in our community.”

According to Camacho, problems in the state include a lack of education, low teacher salaries, high incarceration rates, homelessness and a lack of mental health resources.

Camacho, who also sits on the board of the American Civil Liberties Union of Arkansas, said he usually uses Latinx as an all-encompassing term in organizational and educational spaces. “In those circles I hardly ever hear Latino anymore.”

The ban was not just a surprise, he said, but a possible warning of what is to come under the new government.

“It’s not just an attack on the Latino community, but also on the trans and non-binary community,” he said. “But what I’m concerned about is that if this administration were to decide on day one to sign this executive order — what will it look like for us in the future?”

For Rumba Yambú, who identifies with the pronouns she/she, the order felt personal.

Yambú, who identifies as a trans-Latinx person, has been working to build a more inclusive space with inTRANSitive, a non-profit they co-founded in 2017 that provides educational and financial resources to trans residents in the state.

Yambú said the ban has brought to the fore many of the anti-LGBTQ sentiments and “identity erasure” that emerged during the Trump administration, especially with the administration’s ban on trans terms.

“It was a challenge in this state to find any kind of support for us – for trans Latinx migrants,” Yambú said in frustration. “We do no harm and [don’t] wanting to do harm by identifying as Latinx and no one is forcing… Latinos, Latinas to identify as Latinx anymore.”

In her executive order, Sanders had cited a 2020 Pew Research report that found that only 3% of the Hispanic population nationwide uses the term Latinx. “Ethnic insensitive and pejorative language has no place in official government documents or government employee titles,” the executive order said.

As Solorzano noted, most Hispanics in the state don’t place a high priority on debates over what terms are used, as is the case nationally.

Republican adviser Mike Madrid, who warned Democrats in a column that terms like Latinx could alienate working-class Latinos, said in a telephone interview Friday that questioning “the value of a word that is not part of the language used by the vast majority of Latinos – is legitimate.”

But Madrid, based in California, was critical of Huckabee Sanders’ timing and priorities.

“But does it get to the point of making it one of your first acts?” he said. “If that’s the biggest Latino problem, then I’m concerned about Latinos in Arkansas. It’s not about Latinos, it’s about gender – it’s become political football.”

“We have a discussion that no one knows about or cares about; it’s just in baseball,” said Madrid. “It shows how degenerate the political discourse has become and the complete lack of understanding that both parties have for the Latino community.”

Solorzano said that “we’re just talking about a word that – to Latinos – can be meaningful. For us, the word Latino, Hispanic, Latinx – we can use those interchangeably[ly]. Ultimately, as humans, we define ourselves.”