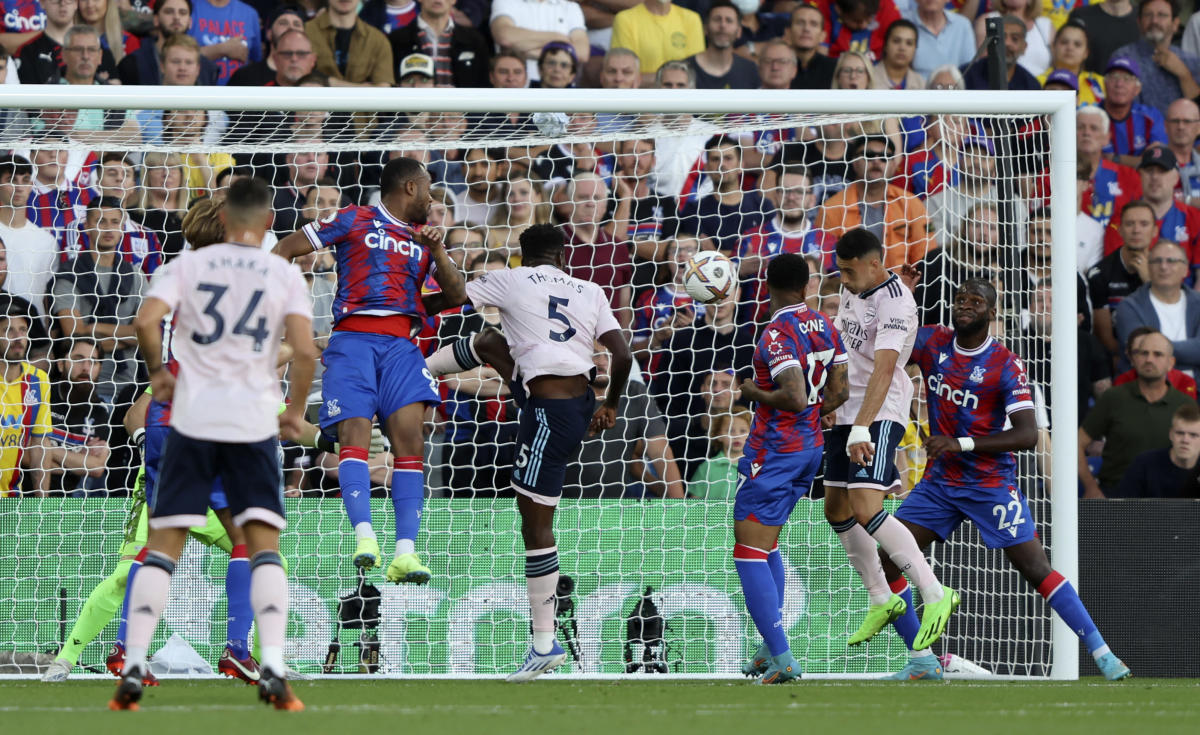 LONDON (TBEN) — Arsenal’s newcomers made an immediate impact as they opened the English Premier League on Friday by beating host Crystal Palace 2-0.

Left-back Oleksandr Zinchenko scored the opening goal in the first half, striker Gabriel Jesus created a number of chances and defender William Saliba put in an almost flawless performance in his first start for Arsenal.

The Gunners had to endure another nerve-wracking second half before Bukayo Saka’s cross was deflected into its own net in the 85th by Palace defender Marc Guehi.

Arsenal took the lead from a well-crafted corner in the 20th when Zinchenko got a long ball into the area and headed back over the goal towards Gabriel Martinelli, who nodded the ball from close range.

Martinelli should have scored in the opening minutes after a frenzied run from Jesus, who made his way into the penalty area before the ball was sent into the path of his compatriot who misfired the far post.

“I loved the way we started the game, the way we played the first half hour,” said Arsenal manager Mikel Arteta. “We should have scored one or two more, we missed some chances. But (if) you want to win here, you have to dig in.”

Zinchenko and Jesus both came over from Manchester City off-season, while Saliba was signed in 2019 but spent the last three seasons in his native France. The centre-back looked calm and confident on his league debut, making key interventions and blocking as Palace went on the hunt for the equaliser.

“It’s been a long time that I’ve been waiting for this moment,” Saliba said. “I’m so happy to start with a clean slate and a win.”

Ramsdale reacted quickly at first to palm away a header from close range from Odsonne Edouard in the 42nd minute, then went low to block a shot from Eberechi Eze in the 54th.

“Aaron did an incredible job and he won the race for us,” said Arteta.

It provided Arsenal with a much better start to the season than last year, when they also opened the campaign on a Friday night but finished 2-0 at newly promoted Brentford and also lost the next two games.

Chris Eubank Jr: This is a fight for the fans, history and legacy