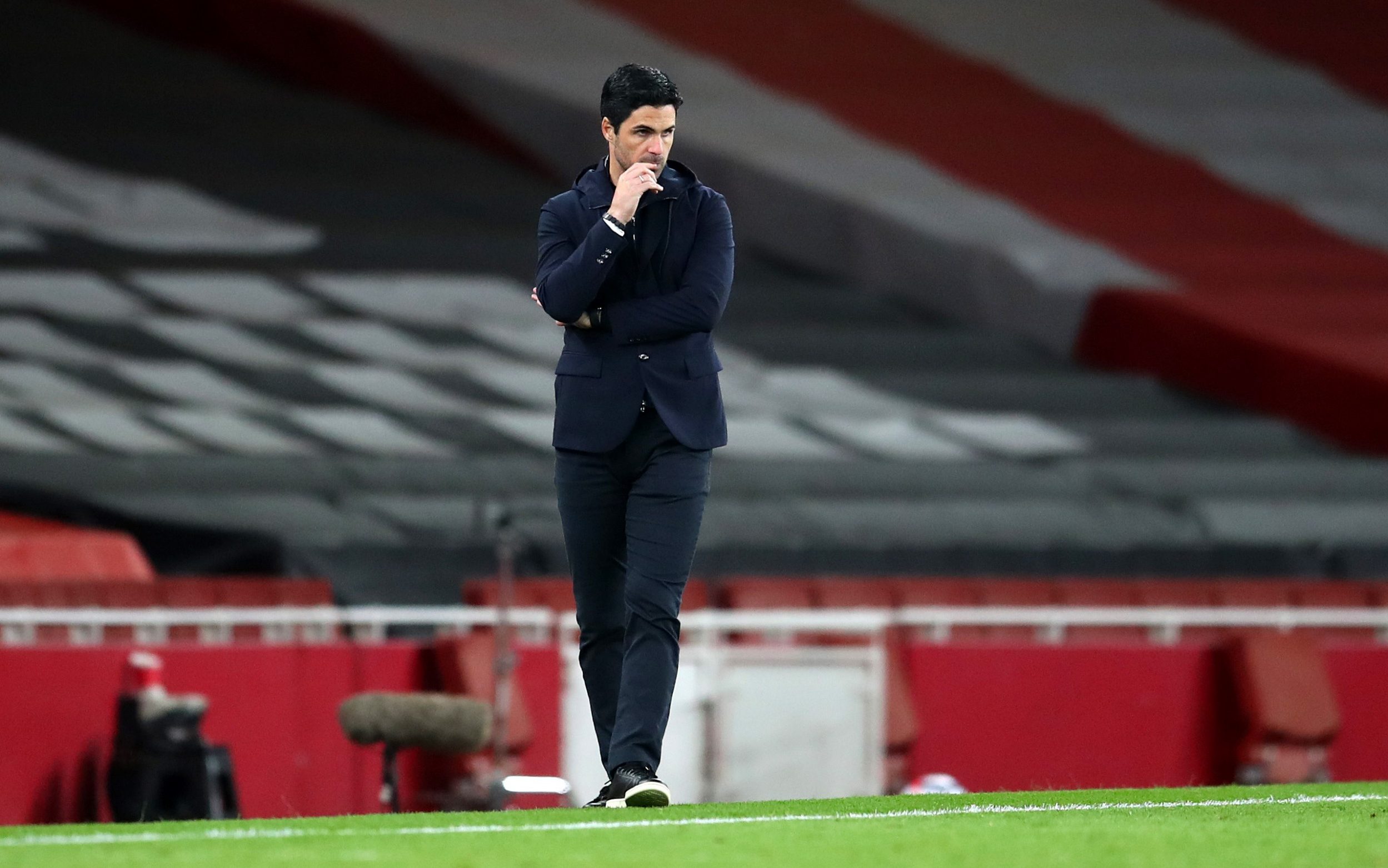 Mikel Arteta is unable to assure Arsenal fans that Kieran Tierney will play for the club again this season.

The full-back was sent off in the first half of Liverpool’s 3-0 home Premier League loss on Saturday.

Arsenal confirmed on Wednesday that Tierney suffered knee ligament damage during the game and could be sidelined for the next six weeks.

If so, Tierney could return for the final league game of the season at home in Brighton on 23 May – with the Europa League final taking place three days later.

But, speaking ahead of tonight’s Europa League quarter-final first leg with Slavia Prague, Arteta was keen not to make any promises on when Tierney could return to the fold.

“First we have to make sure he doesn’t need surgery, which is what it doesn’t look like,” he said.

“If so, the time frame will be around that (six weeks). It could have been worse because the action looks pretty scary but he feels better and the damage isn’t that bad.

“In the end, that’s not the bad news we might have been expecting after the game.”

When asked if Tierney would play again this season, Arteta replied: “I don’t know, we’re going to have to go day in and day out to see how Kieran feels, how he reacts.

“When we get closer to playing time and training with the team, depending on where we’re at and how he’s feeling, we’ll make a decision.”

Arteta was unhappy with his players’ performance as they were outclassed in the weekend’s loss to Liverpool.

Sky Sports expert Gary Neville tore Arsenal apart during Monday Night Football, saying they had players who “looked like a little Mafia” and “there was a disconnect with them and the manager”.

“No response,” Arteta replied when Neville’s comments were directed to him.

ALSO READ  The day Will and Kate got married, review: pleasant and intimate - but with an odd bittersweet note

“Now is not the time to answer, it is time to speak out on the pitch and show what we can do. When we are at full blast, that is a lot.

“I don’t read or listen. Obviously I have to be aware of what has been said. The only thing I’m saying is where it’s Gary or Jamie (Carragher) or whoever is talking about us. , after the performance we had against Liverpool, we have to be silent and we have to perform.

Watch: The silence and gunshots of the National Minute mark the start of Prince Philip’s funeral