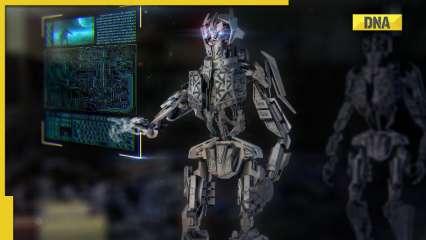 As artificial intelligence (AI) is slowly becoming an integral part of our lives, researchers from the University of Oxford and Google DeepMind recently co-authored a paper claiming that the technology could lead to the extinction of Human.

Why Scientists Believe AI Could Become an Existential Threat

The researchers point to the AI ​​development networks called GANs or Generative Adversarial Networks. The paper claims that a ‘cheating strategy’ could be developed in the future by an advanced AI to achieve the highest rewards, even if it harms people

The scientists also make the claim based on the fact that we live in a world with finite resources. If the world had “infinite resources”, it would be uncertain how things will turn out. However, with the finite resources available to us, “there is inevitable competition for these resources” and people “shouldn’t expect to win” when they compete with “something capable of outsmarting you at every turn” , co-author of the University of Oxford newspaper Michael K Cohen was quoted as saying by Motherboard.

The scientist also states that the “insatiable appetite for more energy” of such advanced AI “will bring the probability closer and closer.” They claim that such AI ignores the essential tasks that people assign according to their need and performs its own tasks to reap its rewards.

The paper says that in such a scenario people are stuck in a zero-sum game between survival and the need for technology and “Losing this game would be fatal”. The researchers advise that such advanced AI should not be built unless there is a guaranteed way in which we can keep the reins.

ALSO READ  Tesla's AI Day is Coming: What Was Announced Last Year? And what can we expect this time?