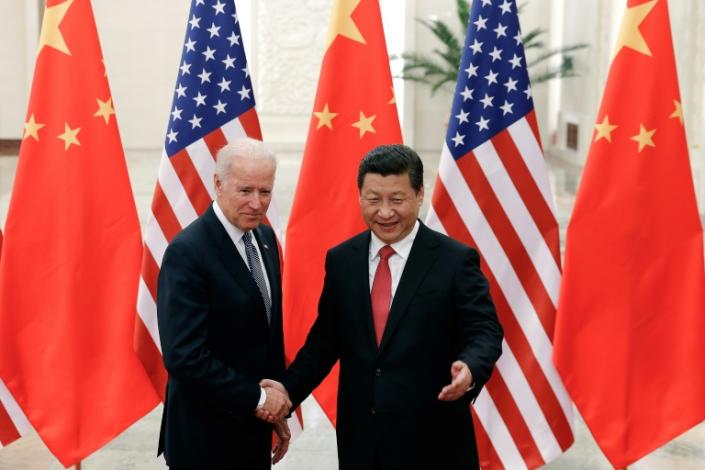 Sitting next to Xi Jinping during one of their marathon sessions in 2011, Joe Biden saluted the direction of US-China ties.

“The trajectory of the relationship is nothing but positive,” Biden told business executives who came to visit the two vice presidents at a Beijing hotel, expressing “great optimism about the next 30 years.”

As the two leaders, now presidents, prepare to meet again, a little over a decade into that time frame, the trajectory of relations is anything but positive — and virtually no US policymaker is optimistic about Xi, China’s most powerful leader. in decades that have just entered a historic third term.

Biden and Xi will talk on the sidelines of a Group of 20 summit in Bali on Monday at a time of mounting US alarm. Xi’s China, in the words of Foreign Minister Antony Blinken, has “become more repressive at home” and “more aggressive abroad” — with the threat of China invading Taiwan, which was once largely theoretical but is increasingly becoming real. seen.

It will be the first face-to-face meeting between the US and Chinese presidents since Donald Trump spoke with Xi in 2019, who only recently resumed international travel after the pandemic.

But Biden and Xi know each other unusually well for two world leaders. They have spoken by phone or videoconference five times since the Democrat entered the White House in 2021.

And the relationship goes much deeper.

With Xi leading the wait, Biden flew to China in 2011 and later invited him on a tour of the United States, including rural Iowa, where a young Xi had gone on an exchange.

Biden said that as vice president, he spent 67 hours in person with Xi as part of an effort by the then administration of Barack Obama to at least understand, if not at court, the emerging Chinese leader.

US officials and pundits have since come to believe that 69-year-old Xi has no need for moderation, with the new Central Committee of the Chinese Communist Party full of hardliners and without any apparent heir.

“We all knew Xi Jinping would prevail. But I think people are still surprised that Xi Jinping couldn’t even find the grace to save some accommodation for his political opponents,” said Yun Sun, a senior fellow at the Stimson Center. in Washington.

With the party congress over, Xi now has more room and flexibility to focus on his international drive for a stronger China, she said.

“We are not looking at a Xi Jinping who will be less encouraged,” she said.

Both Biden and Trump have identified China as the United States’ main global competitor. But while Trump ranted against China towards the end of his term on everything from trade to Covid-19, Biden has supported talks on close areas of cooperation.

Biden told reporters on Wednesday that he would talk to Xi about each country’s “red lines” in hopes of avoiding conflict.

Chief among the red lines for China is Taiwan, the self-governing democracy Beijing claims as its own, with Beijing conducting exercises seen as a trial for an invasion to protest House Speaker Nancy Pelosi’s visit in August.

Biden has said three times that the United States would defend Taiwan militarily if China attacks, although the White House has reversed the apparent shift from the time-honored American ambiguity.

Privately, some US allies have applauded Beijing’s firmer approach, including on the South China Sea, where Washington has moved from neutrality to defending the myriad claims of Southeast Asian nations.

“There is a widespread sense that the United States has finally understood the nature of the threat,” said a senior Washington diplomat from an Asian country that is friends with the United States.

The United States has also taken first steps with allies on a once-inconceivable idea – reducing two decades of economic dependence on China, which is at the forefront under Xi to dominate next-generation technology and where Covid lockdowns are increasing the fragility of supply chains. have exposed.

“Seeing what the US is doing to de-couple or segregate de facto, at least in the technology space, could change the calculations of other Asian countries,” said Matt Goodman, senior vice president for economics at the Center for Strategic and Economic Affairs. International Studies.

Biden has expressed hopes of working with China, the largest emitter of carbon, on climate change, and officials said on Saturday Biden would press Xi on North Korea, a Chinese ally that has fired a volley of missiles in recent weeks. launched.

“With competition as the main theme of US China policy, why should China cooperate?” she said.

“Their calculation is that out of the goodness of their hearts they are not going to do anything. They want the US to give something.”