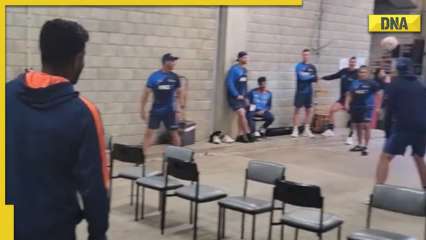 Players from India and New Zealand spent time in the stadium to play an indoor game.

On Friday, India’s first Twenty20 International against New Zealand was canceled due to continued rain in Wellington. India and New Zealand were about to meet at the Sky Stadium for their first match after their T20 World Cup campaign.

With nothing else to do in their spare time, players from both teams decided to create their own version of New Zealand vs India by playing an indoor version of foot volley to keep themselves warm in case the match happened.

#TeamIndia and the New Zealand team enjoy a game of foot volley as we wait for the rain to stop.#NZvIND pic.twitter.com/8yjyJ3fTGJ— BCCI (@BCCI) November 18, 2022

ALSO READ  IND vs NZ: When and where to watch the 2nd ODI match between India and New Zealand live in India?

India enters this series after a semi-final loss to England in the T20 World Cup. Before India’s home season starts in 2023, the selectors have indicated that they will rotate the squad and evaluate their bench strength.