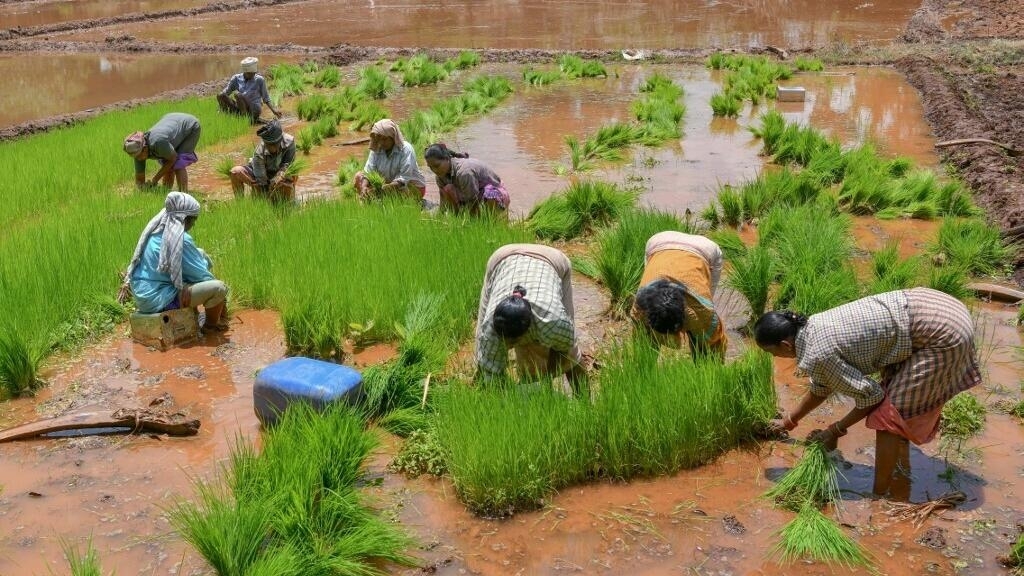 The devastating floods in Pakistan, which flooded large tracts of farmland – coupled with India’s decision to curb rice exports – threatens to increase food insecurity in the African countries most dependent on imports from Asia.

The war in Ukraine, which led to rising wheat and maize prices, has hit the African continent hard for the past six months. Now a new food crisis looms as the continent faces a likely rise in the price of rice, a staple of many African tables.

The recent devastating floods in Pakistan have flooded large areas of rice paddies, decimating the standing monsoon crop and threatening to disrupt the coming winter crop.

Last week, India – the world’s largest rice exporter – banned the shipment of broken rice (rice fragments broken in the field or during transportation or grinding) and imposed a 20% import duty on exports of other varieties, as the country tries increase inventories and calm prices after below-average monsoon rains curtailed plantings.

According to Himanshu Agarwal, director of Satyam Balajee, India’s largest rice exporter, exports could fall by 25% in the coming months. “The prices of all grains had gone up except rice. Now it will follow this trend,” Agarwal said in an interview with Reuters.

Meanwhile, Thailand and Vietnam have agreed to raise rice prices to better reward their farmers.

“There will be a lot of pressure on food security in many countries,” warned Phin Ziebell, an agribusiness economist at the National Australia Bank.

The recent floods in Pakistan are likely to lead to a spike in global rice prices, Nicolas Bricas, UNESCO President for World Food Systems, warned in an interview with TBEN.

“Pakistan is a major rice exporter. However, a third of the country is under water and therefore there is a risk of a rise in the price of rice in the international market,” he said.

Finally, increased Chinese demand for broken rice to replace maize, which has become too expensive to feed livestock, has also pushed prices up in recent months.

This is more bad food security news for sub-Saharan Africa, which relies heavily on rice imports from Asia. According to TBEN’s sister radio station, Radio France Internationale (RFI), Africa could absorb 40% of the world’s rice trade this year, or a record 20 million tons.

“The problem of this reliance on rice imports is chronic and will persist,” explains Patricio Mendez del Villar, an economist at the French Agricultural Research Center for International Development.

“Local production cannot keep up with the demand curve, which increases with population and urban growth. In Africa, rice is preferred by urban residents because it is a ready-to-eat product, unlike traditional grains such as millet and sorghum, which require preparation. require.”

New harvest can ease the pressure

Although food security in sub-Saharan Africa does not depend solely on rice, it remains the most consumed grain product after maize. A price hike would be a further blow to the population already weakened by the rise in food prices.

The situation is particularly critical in the Horn of Africa, which is experiencing a historic drought. More than 22 million people from southern Ethiopia to northern Kenya and Somalia are threatened by hunger, according to the UN.

Despite these concerns, rice prices are not yet rising and a price increase should remain “constrained” and short-lived, according to Mendez del Villar.

“The main harvest in the main producing and exporting countries (India, Thailand and Vietnam) will start in a few weeks. All this rice will be added to the stocks that will be at their maximum, which will prompt these countries to use the old harvest to make storage space. This should ease the pressure on the market. If it was March or April, it would be much more problematic,” explains Mendez del Villar.

As for Pakistan, it only exports 4 million tons of rice per year, compared to India’s 21 million tons. “The market should therefore be able to withstand the shock, even if Pakistan restricts its exports,” Mendez del Villar said.