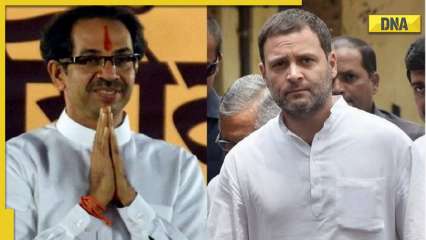 Rahul Gandhi’s criticism of Hindutva ideologue VD Savarkar during Bharat Jodo Yatra has not gone down well with the Shiv Sena as President Uddhav Thackeray said on Thursday that he does not support the congress leader’s comments as he respects Savarkar.

“We do not condone Rahul Gandhi’s comments about Savarkar. We have immense respect and trust for Swatyantra Veer Savarkar and it cannot be erased,” he said.

Later in the day, Rahul Gandhi backed up his remarks at a press conference in Maharashtra’s Akola, showing a copy of VD Savarkar’s letter asking for mercy: “Savarkar ji wrote in it, ‘I beg to stay sir, your most obedient servant.’ What was the reason he signed this letter? It was fear. He was afraid of the British.”

Speaking of disagreements with allies on this, Mr Gandhi said, “If someone wants to put forward his ideology, he should.”

“This is my opinion of Savarkar ji who signed this letter,” he said, citing that Mahatma Gandhi, Jawaharlal Nehru and Vallabhbhai Patel spent years in prison, “but they never signed such a letter.” “These are two ideologies. Our party is open to discussion. We don’t have dictators.”

The Uddhav Thackeray-led Shiv Sena faction has an alliance with Congress and the Nationalist Congress Party, as part of the Maha Vikas Aghadi. His son and former minister of Maharashtra, Aaditya Thackeray, had participated in the Rahul Gandhi-led Bharat Jodo Yatra last week.

Speaking at a rally in Washim district on Tuesday organized as part of his yatra, Gandhi said Savarkar is a symbol of the BJP and the RSS. He was imprisoned in Andaman for two to three years. He started writing petitions for mercy, the congressman had said.

The former congress president had claimed that Savarkar had written a book about himself by a different name and emphasized how brave he was. He retired from the British, worked for them and worked against Congress, Gandhi had said.