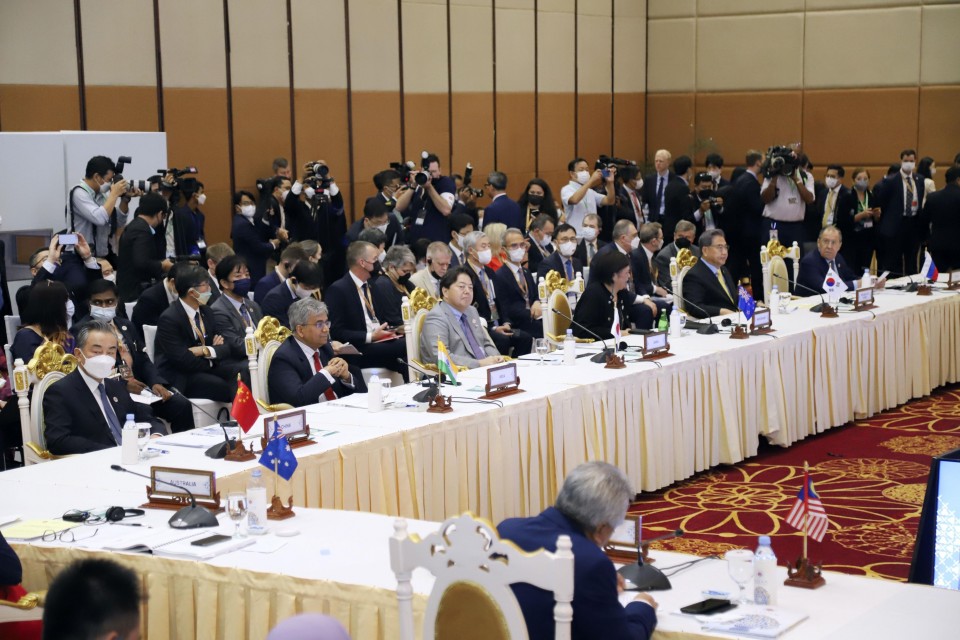 BREAKING NEWS: Dialogue with China more important than ever: Minister of Japan

PHNOM PENH – A regional ministerial meeting bringing together 18 Asia-Pacific countries on Friday revealed a breach over China’s ongoing military exercises near Taiwan in response to a high-level US visit to the island and Russian officials. invasion of Ukraine, sources at the conference said.

Participants in the foreign affairs ministerial session of the East Asia Summit in Phnom Penh, including the United States, Japan, China and Russia, exchanged barbs over the Taiwan issue and the Ukraine crisis, they said.

Japanese Foreign Minister Yoshimasa Hayashi urged Beijing to immediately stop the military exercise to launch missiles in response to the recent visit by US House Speaker Nancy Pelosi to the self-governed island. according to the Japanese Ministry of Foreign Affairs.

According to the Japanese government, five of the ballistic missiles launched during the exercise fell into Japan’s exclusive economic zone on Thursday. Several countries have sued China’s resignation, the ministry said.

Chinese Foreign Minister Wang Yi refuted Hayashi’s claim, saying Japan and China have not yet demarcated the waters, according to sources from the Association of Southeast Asian Nations.

In Beijing, China’s Foreign Ministry spokeswoman Hua Chunying said the military had issued security warnings and there were no areas in the affected waters that could be called Japan’s EEZ.

Before the exercise began Thursday, Japan on the Chinese side had expressed concern that a military training area designated by China overlaps Japan’s EEZ.

US Secretary of State Antony Blinken defended Pelosi’s visit to Taiwan during the EAS session, saying it was a “peaceful” trip and “not provocation,” according to ASEAN sources. 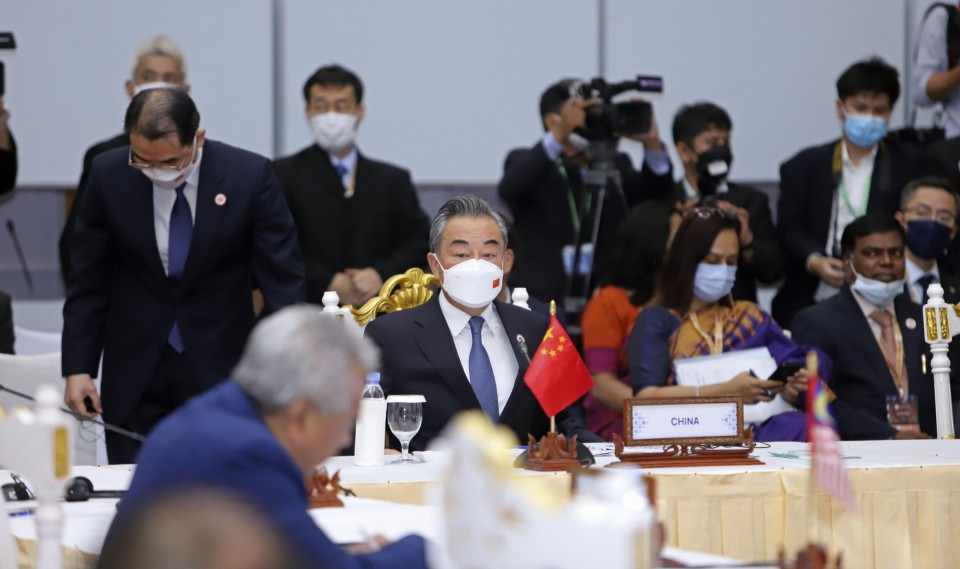 A spokeswoman for China’s Foreign Ministry said at a news conference on Friday that Wang’s action at the meeting was linked to Japan’s criticism of China’s response to Pelosi’s visit, saying Tokyo is feeling “pretty bad.” behaved in the Taiwan issue and angered the Chinese.

Hayashi, along with Blinken and other participants, condemned Moscow for its invasion of Ukraine, which began in late February, according to the Japanese ministry and ASEAN sources.

The top diplomats met a day after the Chinese military began large-scale fire drills scheduled through Sunday near Taiwan, which Beijing considers a renegade province to be reunited with the mainland.

According to the Taiwan Ministry of Defense, 11 ballistic missiles were fired near the self-ruled island on the first day of the military exercise.

On Thursday, China abruptly canceled a scheduled bilateral meeting between Hayashi and Wang over a statement from the Group of Seven criticizing China’s response to Pelosi’s visit to Taiwan. Japan and the United States are among the G-7 members.

The regional meeting also took place amid Russia’s growing rift with the West and other countries, including Japan, which have imposed severe economic sanctions on Moscow over its invasion of Ukraine.

China has not joined the sanctions to isolate Russia. Instead, it has apparently intensified joint military activities with Moscow, especially in and over waters around Japan.

Of the EAS members, China, India, Vietnam and Laos abstained in March on a UN General Assembly resolution calling on Russia to stop its aggression in Ukraine.

China skips talks with Japan in Cambodia over Taiwan